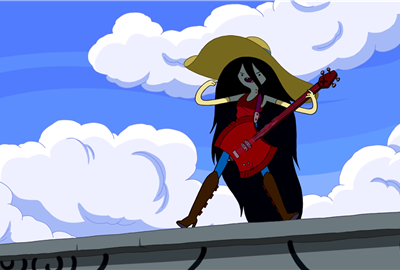 A MultiVersus insider has claimed that Marceline the vampire from Adventure Time will "most likely" be added to the roster soon, in a move from Player First Games to include more female reps.

The last two months have been a bit quiet for MultiVersus news, but it seems that things are starting to kick back into gear now that we're in 2023, as new characters and additions are being more regularly teased by both insiders and developers. The latest tease indicates that a highly requested character from Adventure Time could be joining the roster soon – Marceline the vampire.

This rumour comes courtesy of reliable MultiVersus insider LaisulMV, who was shared the info by another insider, GenosPapa. According to them, Player First Games is looking to add a new female fighter to the MultiVersus roster and it's looking like Marceline is who the studio has settled on.

This was backed up by MultiVersus' director Tony Huynh briefly making a fan-made character concept for Marceline his pinned tweet a few days ago, which is being taken as a hint towards her inclusion. It's not clear how soon Marceline will be added, however, as LaisulMV's language makes it seem like the decision has only just been made.

Aside from Marceline, we have a pretty good idea of some of the characters that are planned for MultiVersus in the future. Leaked voice lines have indicated that Beetlejuice, the Wicked Witch of the West, and Joker are coming soon (with Joker likely the next character), while a recent update seems to have indicated that Data from The Goonies is also in the works.