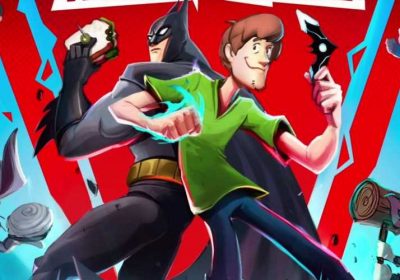 MultiVersus' player count has hit an all-time low over the past 30 days, with a difference of more than 65,000 players between now and its peak in July.

Following the release of Marvin the Martian a few weeks ago, news on MultiVersus has gone a little quiet across the board. With no big new official announcements, save from the Game of Thrones stage we know we're getting at some point in season two, it seems that interest in the game from the community is dwindling.

As pointed out by Redditor TheHotshot1 on the MultiVersus subreddit, this dwindling interest is starting to show in the game's player count, which has seen a big drop-off since launch. According to the data, which comes courtesy of SteamCharts, MultiVersus' average player count over the last 30 days was 1,841, the lowest its been since the game released.

Even the peak player count over the last 30 days shows a drop. At 3,943, it's once again the lowest number that the game has seen so far. Comparing this to the game's incredibly strong debut of an average of 66,920 and a peak of 153,044 it's clear that interest in MultiVersus is starting to slow down.

Although it's somewhat worrying to see numbers drop this low, there are a few likely reasons for this. For starters, MultiVersus was the hottest fighting game on the market when it first launched, getting over the 10 million player threshold faster than any other fighting game in recent memory. It was bound to lose some players in that time, especially as it moved on from being the big new thing.

This data is also only representative of one console out of the three that MultiVersus is playable on. From these numbers, we have no idea how the game is performing on Xbox and PlayStation, so we're missing a big portion of the game's playerbase within the data.

Finally, as great as Marvin the Martian is, he's not the biggest draw for most casual players, not like Rick and Morty were in the first season. The player count will hopefully see an increase once a highly-requested character like Samurai Jack joins the roster.