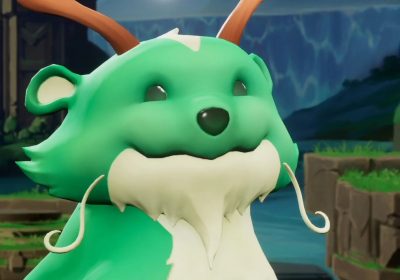 MultiVersus may not still be at the heights it was when it first launched earlier this year, but thanks to constant updates and new character additions, the platform fighter has remained relevant. Its choice of fighters so far has been a mixture of new, old, and absolutely baffling. Popular characters like Rick & Morty have been added, while I don't think it's unfair to say that Black Adam's introduction was partly influenced by the film's release not too before launch.

Alternatively, we've also had a couple of absolutely wild choices like Stripe and Gizmo, while I'm pretty sure no one saw LeBron James' introduction coming at all. Now that all the previously announced characters are out and the first Season of MultiVersus is winding down, fans have been wondering who might be the next addition to the IP soup. Warner Bros. has plenty of popular franchises to pick from, but one fan has asked whether it's possible another original Player First character could possibly join the roster alongside Reindog.

In response, MultiVersus director Tony Huynh has stated that if fans "really want" another original character, developer Player First Games will make one. It's not too surprising a revelation, especially considering how much importance Huynh and the MultiVersus team supposedly place on player feedback. However, since Hunyh's response implies that one currently isn't in the works at the moment, I doubt we'll see another original character added in Season 2 as it's only two weeks away.

Personally, I would prefer it if MultiVersus just stook to the one original character, mainly because Reindog feels like quite a good mascot for the title. Adding another original would diminish his unique place on the roster, what with him being the one original character in a sea full of recognizable names and faces. It would also probably take up a spot that could be used for a much more exciting addition, and I'll be damned if I have to wait for an additional character reveal for Johnny Bravo to finally be announced.

Although, what MultiVersus really needs to focus on at the moment is improving the base game rather than cramming it full of even more characters. I don't think anyone can complain about the variety of playable characters in the game at the moment, each one with a unique playstyle to master. What people can complain about is server quality, the lack of stages, and some of the grindy elements of MultiVersus that have managed to upset fans.

MultiVersus has much more pressing issues than adding a buddy for Reindog to play about with, and it's stopping the game from shining like it did when it first launched. I'm hoping that now Season 1 has no new characters coming that we can finally see more basic improvements, so a new original character is unfortunately rock bottom of my wish list at the moment.