My Favourite Part Of Persona 5 Is Shido’s Palace 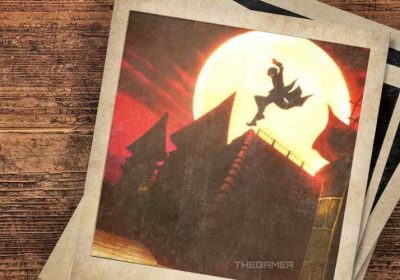 Playing Persona 5 Royal has been a wild ride. It’s the first JRPG that’s really grabbed my attention and not let go, enveloping me in a story I’m incredibly invested in, with characters I adore, and mechanics that don’t frustrate me.

I started playing back in October, encouraged by our Deputy Guides Lead Santi Leguiza’s glowing review of the Switch port. JRPGs have always been something I’ve wanted to get into but Persona 5 is the first that I’ve stuck with. Now, as the end is in sight, I still can’t stop thinking about Shido’s Palace.

I’ve not quite finished the game. I’m playing Royal, and so I panicked my way through those early days of November, racing to unlock the third semester, and shouting that I needed the cut scenes to just stop already. I love the story beats, but it was a day I needed to see Dr. Maruki and get his rank up that last step, so couldn’t they just wait until no one was around to throw a scripted event at me?

Despite the fact the story didn’t stop for my convenience, I did meet the criteria just in time, so that extra content is what I now have left. However, no matter what it is, I don’t think it will ever beat the memories of Shido’s Palace.

The absolute highlight of this experience is turning into a mouse. The first time it happened Ryuji’s exclamation of “Wait, what the shit!? W-we’re… mice?” couldn’t have been better expressed. After 100 or so hours in the game at this point, I never expected it to still surprise me, yet this simple mechanic absolutely did. 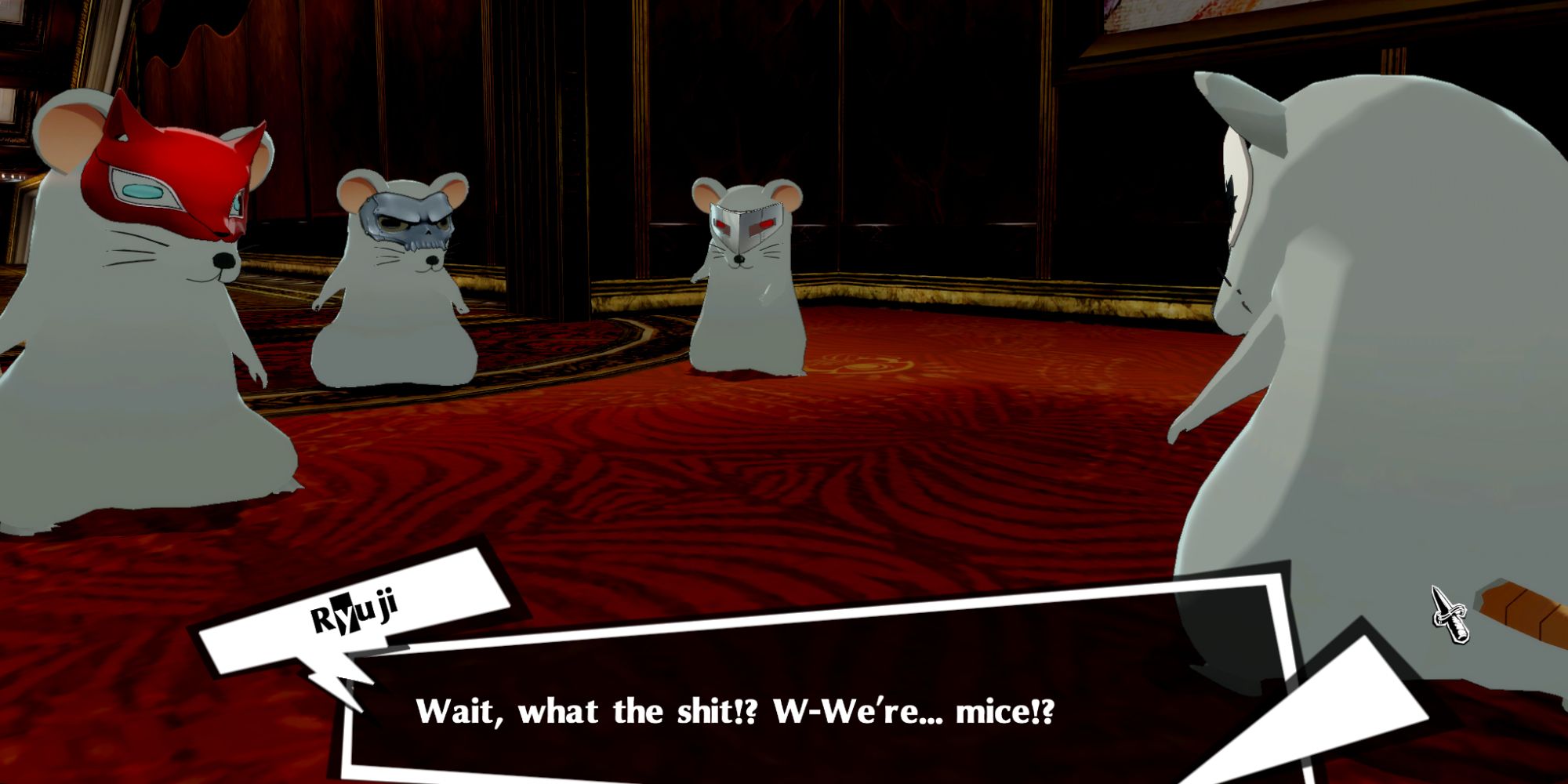 Suddenly, I was a mouse, and now I had to stealth my way through things in a new way. In this new rodent form, you can’t hide as easily as I expected and one wrong move will see half your team KOed. Shadows will still attack you, but you can’t do anything about it. You simply have to pray to the RNG gods that you can flee before you all get squashed.

It’s rare that I actually shout out loud at a game, despite my tendency to narrate my own experiences in my head as I play, but Shido’s Temple made me do this several times. The first was when I turned into a mouse to begin with. I was confused, delighted, and surprised all at once. I’ve no idea what the sound I made was, but I’m incredibly glad no one else was in my office to hear it. The randomness of it was matched soon after by the impromptu laughter when I suddenly lost control of mouse Joker and then realised that my entire party had gone to eat the irresistible cheese, and I was literally powerless to stop them. It was like a flashback of the obligatory Christmas cheese board just a couple of weeks ago. No one can resist the cheese. 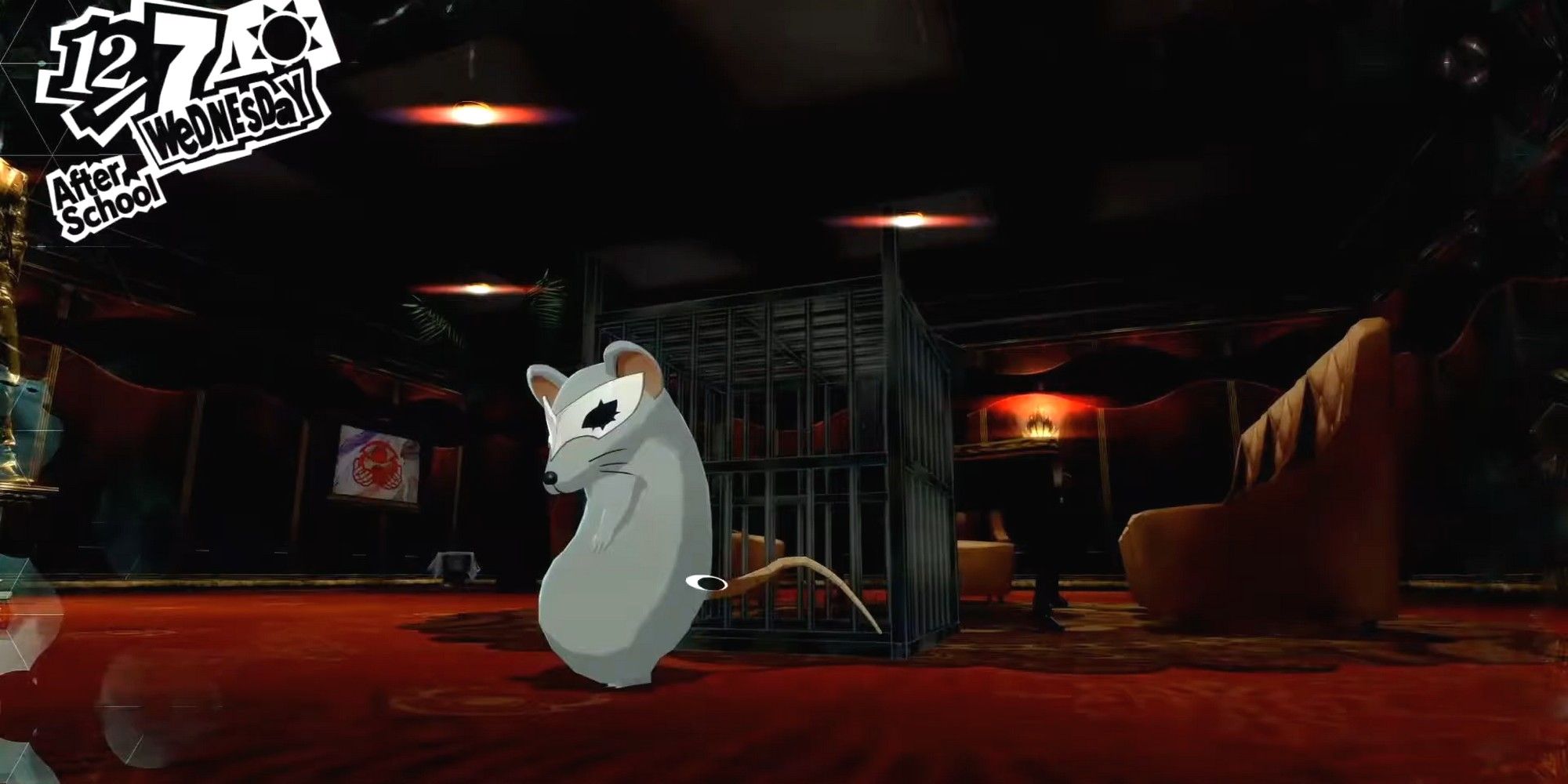 However, my utter delight at playing as these adorable masked mice soon faded as I realised they are part of a puzzle. One of the most annoying palace puzzles in existence, no less. You need to navigate a maze of locked doors, tiny vents, and buttons that determine if you are a mouse or not. Everything looks the same, and even the map isn’t much help when there are just so many identical corridors.

Luckily, our writer Gabrielle Castania is my new heroine, and her walkthrough of Shido’s Palace meant I secured those final two letters without throwing things at my monitor in frustration. While it felt like the most memorable aspects of the journey were over, it turned out they were just beginning.

I don’t want to start explaining what happens when you finally encounter Akechi again, partly because you should play it immediately if you haven’t done so, and partly because I’m still not ready to talk about it.

Akechi is a complicated character who has made me feel a range of emotions from absolutely despising him all the way to adoring him. Oftentimes, both at once. This encounter feels incredibly fitting for his story arc and character development and the callbacks are incredible. It made me think about tiny details the game had already shown me that I didn’t even realise.

Shido’s Palace is a culmination of everything that makes Persona 5 amazing. There are a variety of enemies to overcome, some unique puzzles to solve, and an engaging story to unravel. This is mixed with a surprising new mechanic, some huge character development, and a whole lot of randomness. In short, it’s every single reason I loved Persona 5, all rolled into one.