My First Time With Half-Life 2: Painting Ravenholm Red And White 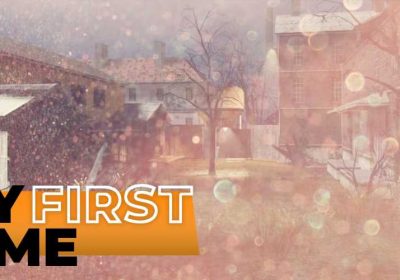 Steam was one year old when Half-Life 2 launched, in its military green hued infancy, but me and my dad didn’t bother with it right away. So, when I wanted to play Half-Life 2, I’d open one of those awkward CD cases that would take some pressure to click into place, and feel loose in your hands when the cover was swung open. I can’t remember if there was a manual or any art on the CD, but I remember the cover showcasing Ravenholm, the town everyone says you don’t visit, but we end up at anyway.

My earliest Half-Life 2 memories are clearly a mess. The zombies had blue civvy jumpsuits, which only the HL2 beta had, and then there’s that CD case. I can’t find it online, since Half-Life 2’s physical copies were, as with most PC games, sold in DVD boxes. And the art is typically Gordon and Alyx, not Ravenholm.

Regardless, my oldest memories of one of my favourite games is running through Ravenholm with the gravity gun, lobbing paint cans to stain those blue overalls white. It was the easiest level to introduce a kid too, even if it was also the scariest. But I’m coming from a childhood where I watched slashers growing up. My dad even hosted weekly movie nights for me and my brother, and he would stick on his favourite horrors, from Alien to Evil Dead. 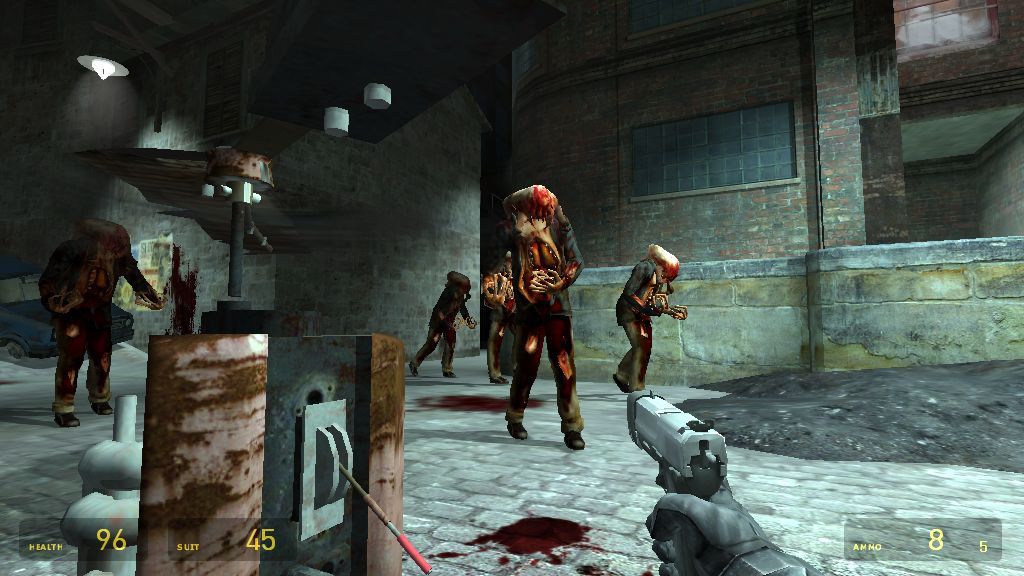 Ravenholm was a walk in the gut-laden park by comparison. You start with a new gadget to play with, the aforementioned gravity gun, and the entire level is essentially one big sandbox designed for you to enjoy the new physics in. There are those paint cans you can hoy at zombies, explosive barrels to wipe out crowds, and sawblades to chop them in half.

A lot of the horror was undercut for me as a kid because I would consistently restart the level and play it from start to finish again and again, trying new ways to take out each enemy. At one point, I realised you could just forcibly shove headcrabs with the gravity gun until they keeled over. Then I found out how many flimsy wooden boxes it would take to knock down the brutish poison zombies. I don’t remember the answer, but I remember dying more than I’d like to admit.

After a while, I’d exhausted everything Ravenholm had to offer. But luckily, my dad had figured out (or more likely, looked it up on the internet) a changelevel command glitch that lets you bring the blue gravity gun from the end of the game back to older levels. 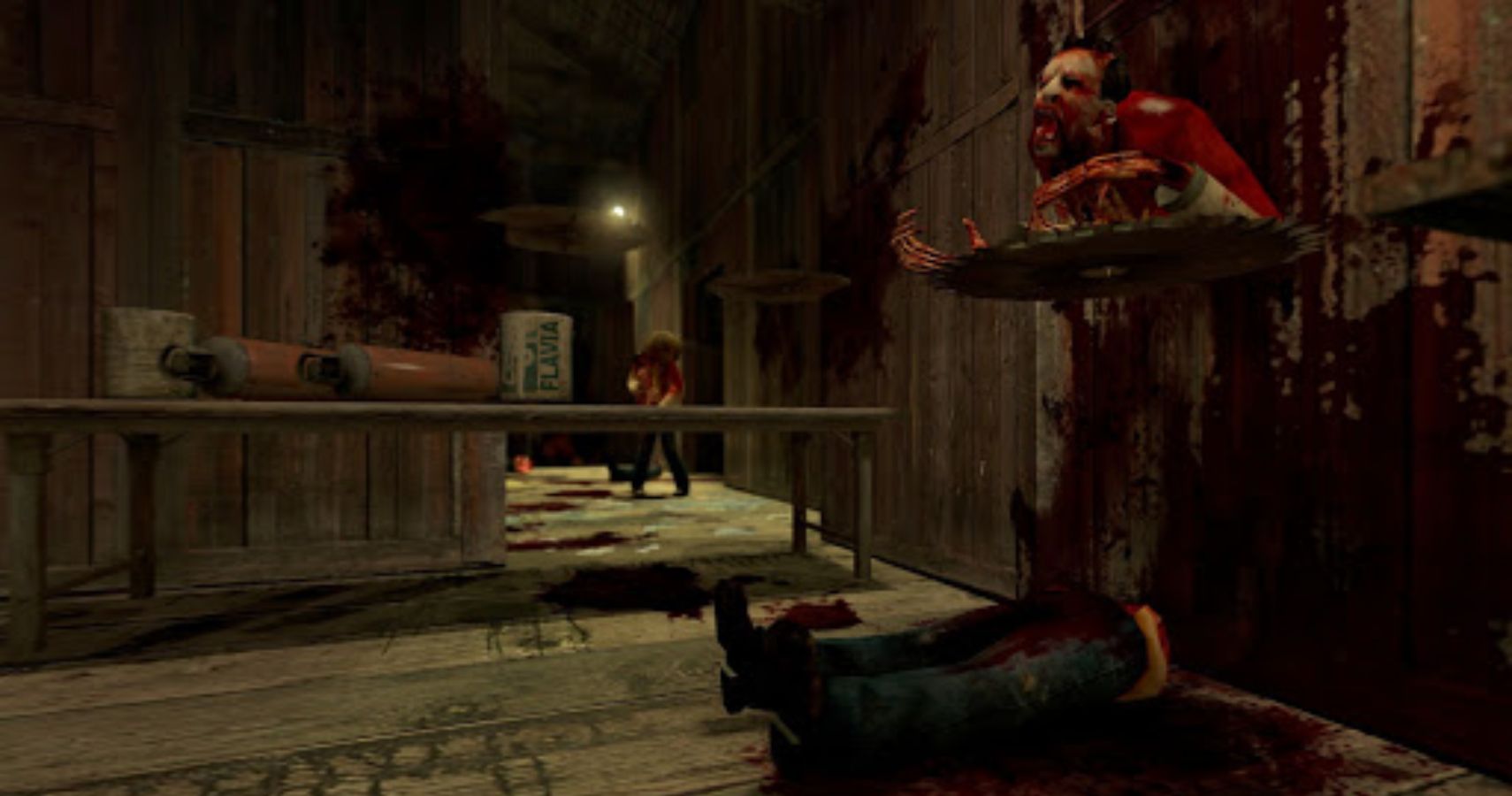 If you don’t know, the blue gravity gun is a supercharged version that lets you rip heavier objects off walls and instantly kill enemies by simply grabbing them. When you get it, you lose every other weapon, including the iconic crowbar, as it becomes the one and only way to topple the Citadel from within. Given how powerful it is against the heart of the Combine’s human empire, imagine how beefy it feels in a small town full of zombies.

Beefy. It makes you unstoppable, but I don’t have strong memories of wiping everything out with ease. Instead, I remember how it would duplicate ragdolls of unkillable NPCs, letting you create cloned corpses that you could chuck around all over the place, presenting their bodies to them only for them to continue their scripted path like nothing has happened. It was that morbid glitch humour that I’d enjoyed so much in the first Half-Life, back when I’d cheat in tripmines to place all around the beginning pre-disaster levels. And here it was again, even in a new engine.

I still go back to Half-Life 2, usually a couple of times a year, and so it’s interesting to sift back through the nearly two decades of memories I’ve made playing it. And while I know I saw the intro, City 17, G-Man, Barney dropping the crowbar, and the boat level, Ravenholm sticks out more than anything because of the memories associated with it, the constant reboots and pushing to the end in a completely different way from the last. I’m sure it annoyed my dad to no end watching me refuse to move onto Nova Prospekt and other later levels, but I’m glad for it, because I still get chills hearing the sound of a distant crow and that low hum creeping in as you make your first step.