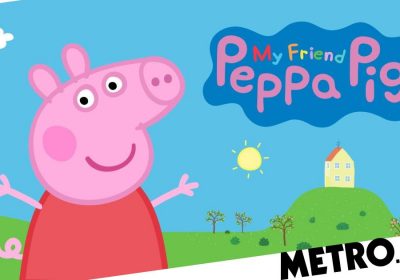 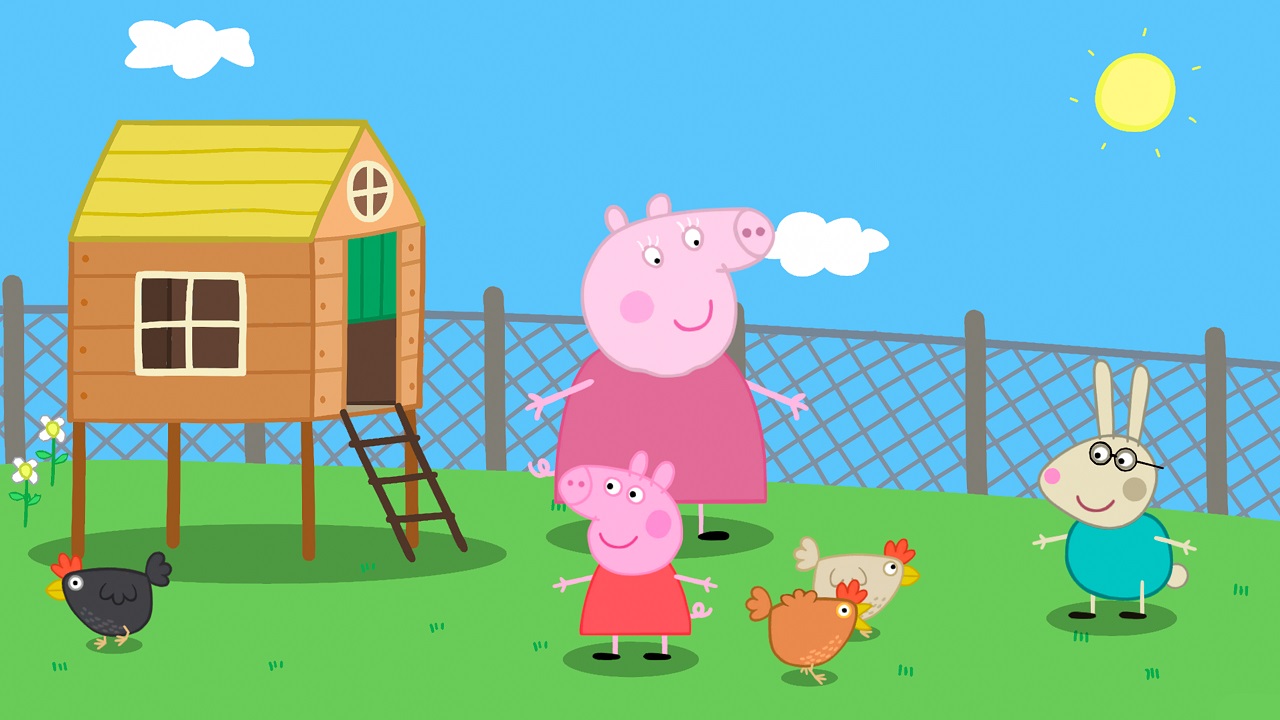 What may be the most accurate TV show adaptation ever made comes to consoles, as you’re given the chance to enter the world of Peppa Pig.

For years now we’ve worried that young children have no easy way into video games that doesn’t involve microtransaction-filled mobile apps with little or no gameplay. In the 80s and 90s the best games of the era were, generally speaking, family friendly but today that’s almost never the case unless it’s a Nintendo game. Only a small proportion of console titles are suitable for children of all ages and that includes almost none of the really good ones. That means the games that do end up introducing them to the world of traditional video games rarely create an ideal first impression.

If Peppa Pig had been around in the 90s then she would’ve instantly found herself starring in a 2D platformer, as was the fate for almost every movie or cartoon of the time – no matter how well suited the property was to being turned into an action game. Peppa clearly isn’t very well suited at all and so while this game does include a jump button it’s essentially a point ‘n’ click adventure.

As any parent will know, this is far from the first video game based on the show, but the existing ones have all tended to be edutainment apps for mobile phones and web browsers. That’s all very welcome – anything that helps kids to learn basic skills and concepts is a positive – but as the first big(-ish) budget console game My Friend Peppa Pig is focused squarely on entertainment and being an interactive episode of the show.

Rather than an adventure game, My Friend Peppa Pig starts off pretending to be a role-player, with a surprisingly creditable character creation tool. The idea behind the game is that you’re a new character at Peppa’s school and so at the beginning you pick what animal you want to be, what colour, and a variety of other cosmetic choices including whether you want to walk around all day wearing a pirate or top hat.

As tempted as we would’ve been to choose the latter, we tested the game on a just-turned-five-year-old Peppa Pig fan named Henry, who – unless he’s been keeping things quiet when visiting friends’ houses – has only ever played touchscreen mobile games before. That seems to make him the perfect target audience and while using a favourite nephew as a test subject felt a bit odd at first it was fascinating how quickly he took to it all.

The central appeal of My Friend Peppa Pig, and what’s immediately impressive even to adults, is that it looks and sounds exactly like the show. A quick glance at the screen would have you believe it literally is the show and most, but not all, of the characters are performed by their regular voice actors (a few are noticeably different and, as you’d expect, it’s new Peppa – since the original actress got too old for the role).

We immediately become suspicious as to whether young Henry had ever used a physical controller before, as he instantly understood how to control his character and make use of the main action button. Prompts for its use are essentially the only onscreen display and even then they only appear when you’re near to an interactive object or a character you can talk to.

Almost the first thing you come across, before even running into Peppa, is a muddy puddle and finding out that jabbing the button allows you to jump up and down in it immediately produced a fit of happy giggles (in Henry, you understand, not us – although it was pretty funny).

Getting to Peppa’s house, you’re introduced to the family and the first ‘puzzle’ of the game. George has lost his toy dinosaur and Mummy Pig asks you and Peppa to go look for it, providing an excuse to introduce yourself to Daddy Pig and explore the house and its various distractions. This includes random changes of clothes and Peppa’s toy box, one item from which you can carry around with you and play with whenever you like – like a car you can roll along the floor.

From Peppa’s house you can then take the car to the playgroup (via the roadworks overseen by Mr Bull) and from there anywhere from the beach and snowy mountains to the starch-based excitement of Potato City.

My Friend Peppa Pig is charming and funny, just like the show, but the question is whether it has any value as a video game, since it’s not trying to be an educational tool. That’s difficult to quantify as while there’s little real gameplay involved it does teach young players how to use physical controls and, as with most video games, helps greatly with hand-to-eye coordination.

The puzzles aren’t really puzzles in the LucasArts sense of the word but keeping track of conversations and thinking of logical places that lost objects might be hiding is a good introduction to the fundamentals of gaming.

The major problem is that moving between different areas involves some pretty horrendous load times – we played the game primarily on the Switch but they’re barely any better on the Xbox Series X. There’s a good 20 second wait between different areas, that appears without warning and can easily be triggered again and again if the player happens to walk back the way they came by accident.

The wait is not only frustrating but moving between areas resets everything in them, with conversations and lost dinosaurs returning to their initial state and everyone introducing themselves again even if you’ve met them 10 times before already. What are essentially unskippable cut scenes might be only a few seconds long but that quickly adds up to a toll on your patience and if the narrator happens to join in on describing things anew then it all gets very frustrating.

We would be tempted to say that the loading time waits are especially excruciating for children but, at least at first, Henry seemed remarkably tolerant of them – no doubt fermenting stories for his own children-to-be of how when he was a boy there was no such thing as instant loading. He still wanted to play the game the next day but after that his attention wandered and he became much more interested in playing ‘proper’ games (our vernacular, not his) on the Switch instead.

It’s hard to know how to summarise My Friend Peppa Pig because while it is a useful way to segue young children from mobile phone games to consoles it still barely counts as a traditional video game. There are only a handful of different locations and just as few interactive objects and characters at each, so if you want to see everything (as we did once Henry went to bed) it’ll only take you an hour or so.

Apart from learning the more general concepts of controlling an onscreen character and completing objectives the only real gameplay is a small range of vehicles to control, including a hot air balloon, and things like flying a kite and a game of catch that requires some rudimentary expertise to enjoy.

We’re not going to give My Friend Peppa Pig a score because clearly it’s not a very good video game, if it even counts as one at all. There’s no question that effort has gone into making it though, and that kids of an appropriate age will enjoy it – but that enjoyment is only likely to last a few sessions at most. At that point you will have spent £35 on something that isn’t really that much more interactive, and certainly has less educational value, than a free mobile or browser game.

It may have value in teaching kids about playing traditional video games but whether you feel they need help with that is a decision only a parent can make.

In Short: One of the most authentic TV adaptations of all time but its value as a video game is debatable, unless you want to teach your kids how to use buttons instead of touchscreens.

Pros: Looks exactly like the cartoon, with an impressively pared back interface. A lot of the voices are the same as the show. Highly accessible for every age and skill level of player.

Cons: Almost no traditional gameplay. Long load times that reset progress and character interactions are a pain. You can easily see everything the game has to offer within an hour.