Home » News » My Quest For Kartana

My Quest For Kartana 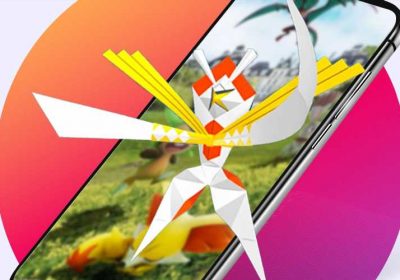 This weekend saw Ultra Beasts descend upon Pokemon Go. They’ve all been available before, but they’re strong monsters, and Celesteela is very rarely in Raids in the Northern Hemisphere. The advent of Remote Raids has rendered regional raids somewhat meaningless, but I still only had one, and would love another, specifically one that is eligible for Great League.

I’ve had some good runs holding the Gyms in my local area recently, so I had Coins aplenty and could buy a bunch of Remote Raid Passes. Plus, not many people Raid in my suburban area, so I rarely use regular Raid Passes and have a stockpile of… 81? Jesus Christ, Ben, that’s ridiculous. I really have no idea how that happened. Anyway, I hoped the Ultra Beasts would coax my meek neighbours out of their hobby hibernation and I could catch some rare Raid Bosses.

I had an ulterior motive, however. Perhaps ulterior is the wrong word, but an additional motive, at least. The Ultra Beast event gave players exclusive Timed Research, which rewarded an encounter with each available Ultra Beast in return for battling in seven Raids. Every Pass, therefore, was worth two Beasts. A two-for-one. BOGOF. How could I refuse a deal like that? Especially with 81 Raid Passes burning a hole in my item bag. 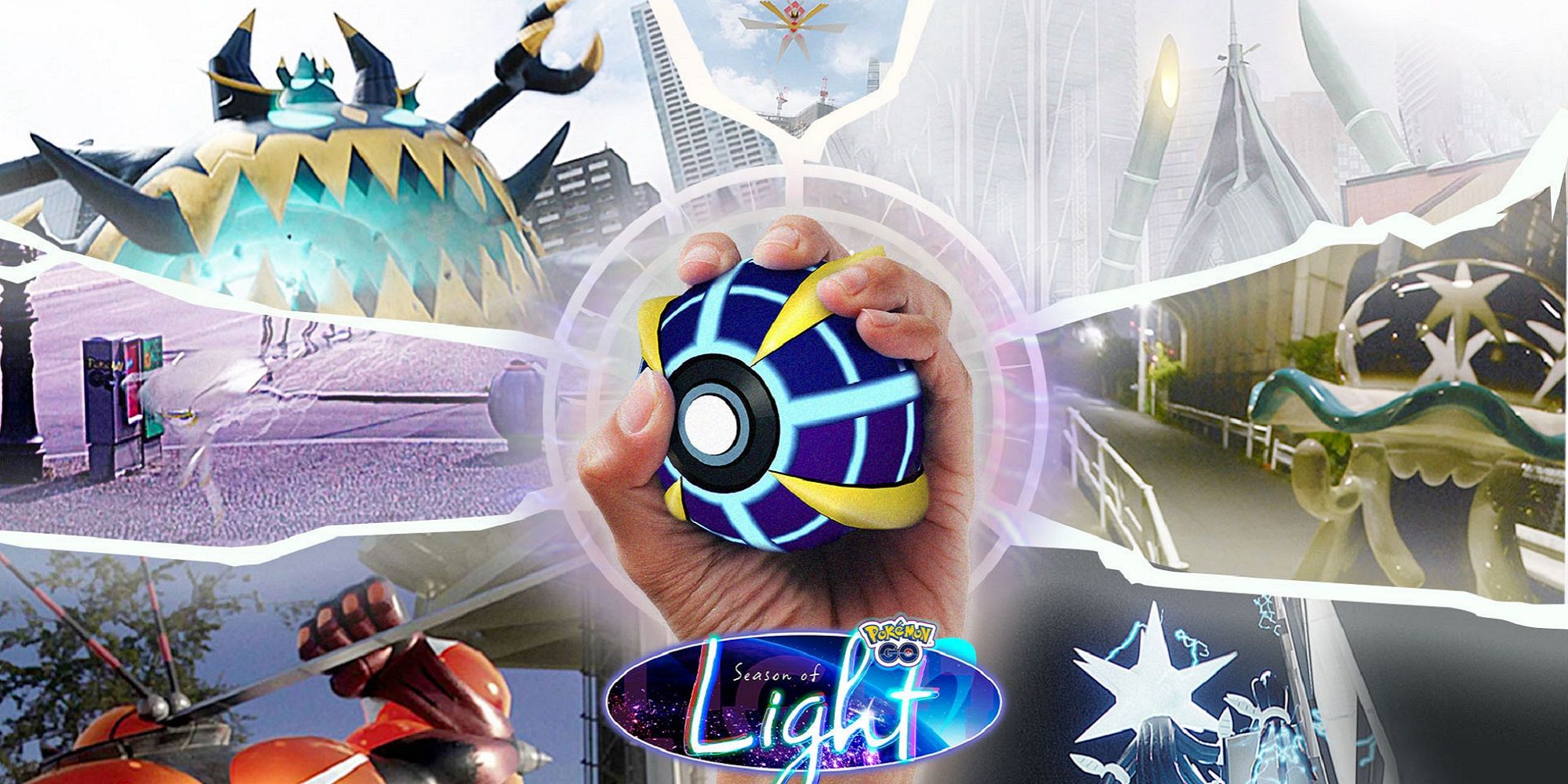 My next decision was to work out which Raids I wanted to do, which Ultra Beasts I actually wanted to catch. Buzzwole, Celesteela, and Guzzlord are useful in Great League battles, but their CP in Raids is well over the maximum of 1,500. The encounters from the Timed Research, however, were not. But, that meant there was little point in grinding their Raids, barring getting more Candy to buy second moves and the like. With Rare Candy readily available from GBL, I decided not to raid them.

I already have a few Nihilego, and it’s kind of useless to be honest, so that’s a bust. Pheremosa is even worse. That leaves Xurkitree and Kartana, neither of which are any good for PvP, but both are top of the range attackers in PvE. That’s Raids. Raiding to get better at Raiding is very meta, but I’ve been playing this game since Day 0, so I’m in deep.

Unfortunately, not many Xurkitree spawned, so I was forced to focus on Kartana, which I didn’t mind too much. Xurkitree is best for those Flying-type Raid Bosses, the Genies and Birds, etc., which are also weak to common Rock-type attackers like Shadow Tyranitar and Rampardos. Kartana is the best Grass-type attacker, bar Mega Venusaur and Shadow Tangrowth. While the others are easier to get Candy for and power up, you need a good supply of Mega Energy to keep Venusaur topped up, and catching a decent Shadow Tangela is much more difficult than getting a decent Kartana in a Raid – or so I thought. 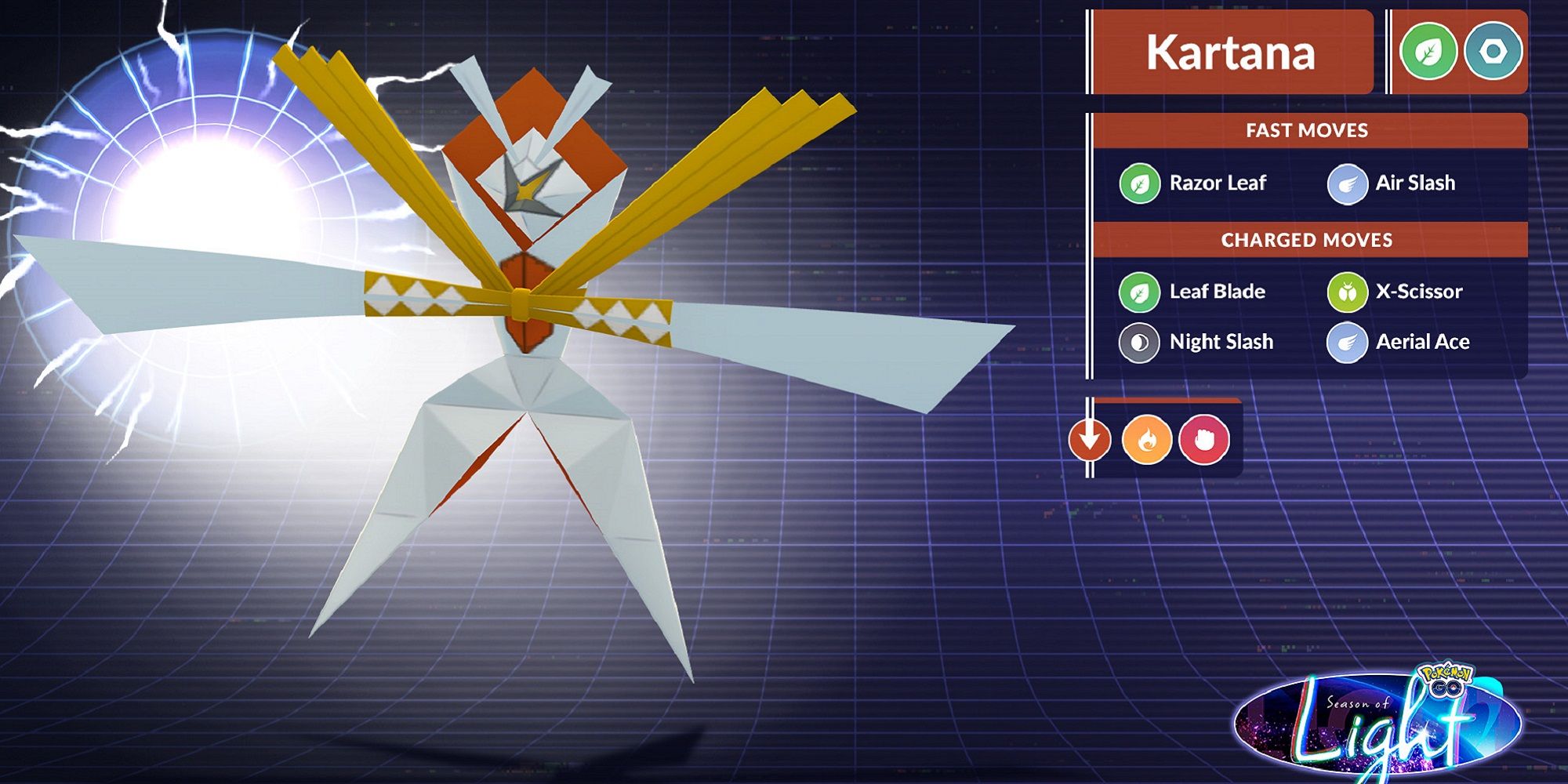 All I wanted was one Kartana with decent stats, so that I could work on powering it up to use in Raids. Is that too much to ask? I’d love a cheeky Weather Boost, but the Liverpool climes were not forgiving. Never mind, all I needed was a little origami dude with 15 Attack and reasonable numbers in Defence and HP. With a minimum threshold of 10/10/10, it couldn’t be that hard, could it?

Reader, it was very hard. I caught six Kartana on Sunday, in addition to the three crap ones I already had. The five Kartana I caught in Raids were all awful, even worse than the ones I’d previously found. The slight saving grace was the Research Kartana, which came out with 14/12/12 stats. It’s not good enough to power up, but it’s decent at least. Besides, that one is five levels below all of its raided companions, so will cost loads more Candy to max out. 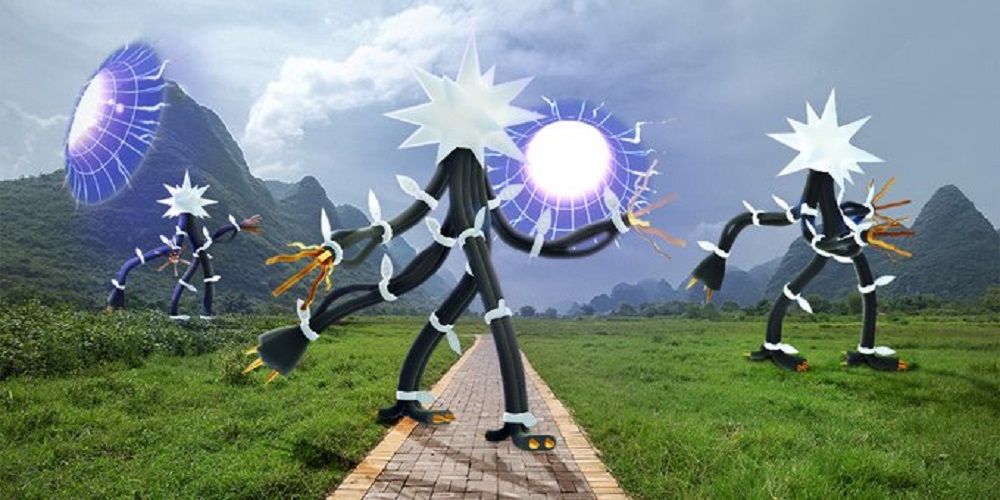 Out of all the Ultra Beasts I Raided and Researched, just two or three had workable stats. I’m happy with my two Guzzlord – which I have been hunting for a while – but the best stats of the day go to my 15/12/14 Pheromosa, which is completely useless due to being a terrible Pokemon with a bad typing and worse movepool. Great.

Overall, the day was a complete failure, but I had some fun. And it was free, which you can never complain about. I would guess that Raids, along with Incubators, are Pokemon Go’s biggest money spinner, so it feels refreshing to enjoy a Raid Day without spending a penny. I would have loved better stats, I would have loved a Kartana I can use in Raids, but that’s the game we play. There are more Ultra Beasts on the way soon, so maybe Kartana will return with Stakataka, Naganadel, and company. Maybe I’ll have to wait for the Shiny to be released. Maybe my luck will be better in that regard.