My Time At Portia Sequel Arrives In Early Access May 26 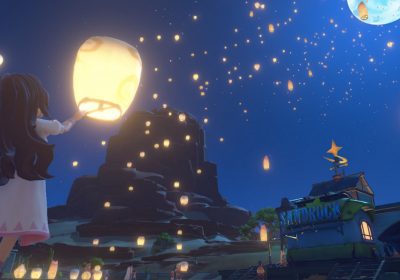 After being in beta for well over a year (and suffering multiple delays), My Time At Portia sequel My Time At Sandrock is finally coming to early access on PC.

The game was first announced back in October 2020 targeting a release of March 2021, with the announcement alone getting My Time At Sandrock over 100,000 wishlists on Steam. Sandrock was first delayed to May 2021 after failing to receive a rating certification for online play, and later indefinitely as those certifications proved hard to come by. It seems Pathea Games finally has everything in order to proceed with the early access release on Steam and the Epic Games Store as the latest announcement confirms a May 26 release date.

For those who didn’t play the original My Time At Sandrock takes place in a post-apocalyptic future 300 years after the end the Day of Calamity. Things have settled down quite a bit since then, with isolated human settlements fighting to survive in a hostile but cozy landscape. Sandrock is a city-state located in the heart of a desert and built atop the ruins of the old society, providing plenty of opportunities for new Builders to find ancient relics that will help their town not just survive but thrive.

"Experienced Builders will find everything you enjoyed about My Time at Portia and more," reads the game’s description on Steam, “and you will feel right at home in the delightful life-sim RPG that is My Time at Sandrock.”

In today’s trailer, you can see Builders farming, mining, crafting, looking at jobs on a job board, and fighting monsters in a dungeon–all the same stuff you could do in My Time At Portia. Sandrock adds all-new quests, 30 new characters with backstories, new weapons, and deeper combat mechanics to master.

Sandrock is still going to be an early access release, however, so players should note that the main questline isn’t going to be finished at launch and several features will also be missing. Pathea plans to continually update the game post-launch to be feature-complete and eventually get it released on all major consoles too.

My Time At Sandrock arrives on Steam and The Epic Games Store on May 26.