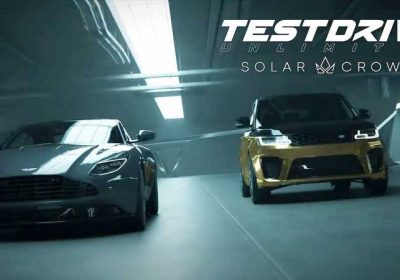 Nacon offered a fresh glimpse on the upcoming luxury racing Test Drive Unlimited Solar Crown, announced back in July 2020. While the new teaser contains very little useful information regarding the project, the publisher revealed that the full trailer is on the way.

Test Drive Unlimited Solar Crown is the third game in the franchise’s open world Unlimited series. The game is being developed by KT Racing (also known as Kylotonn), the creators of WRC 9, FlatOut 4: Total Insanity, and V-Rally 4. Creative director Alain Jarniou, who worked previously on TDU and TDU2 at Eden Games, will bring his driving simulation expertise to apply a strong development foundation.

The game was announced during the Nacon Connect event last July. The publisher already reported the new game’s trailer is coming this July, so it’s possible it will be revealed under similar circumstances later this year.

The new Solar Crown teaser is filled with luxurious life you can expect from the Test Drive Universe, also, it has some strong 007 Casino Royale vibes. See it for yourself: fast cars, the silver Aston Martin among them, a classic high-stakes casino, femme fatale with golden nails… Pretty sure, many players will see themselves as James Bond on vacation while cruising down the roads in Solar Crown.

According to the developers, the “brand new Test Drive Unlimited keeps the DNA from the first games, and revamps it for the modern era.” Players will have the freedom to progress however they like, hanging out with the friends in a shared open world, or just racing through the classic open championship. Solar Crown will offer a large real-world location that’s been built at 1:1 scale.

Test Drive Unlimited Solar Crown will include iconic car brands like Ferrari, Apollo, Dodge, Lamborghini, Porsche, Koenigsegg, and Bugatti. There will obviously be other popular brands, too. The players will have to customise not only the cars, but their avatars as well, buying new clothes, houses, and other properties the way it’s already possible in fan-favorite Forza Horizon 4.

There is currently no release date for Test Drive Unlimited Solar Crown. However, you can add the game into your wishlist on Steam. The project is also expected to arrive on PlayStation 5, while Xbox Series X|S versions are not confirmed yet.

Next: This Harry Potter Easter Egg In Cyberpunk 2077 Is Dark And Hilarious