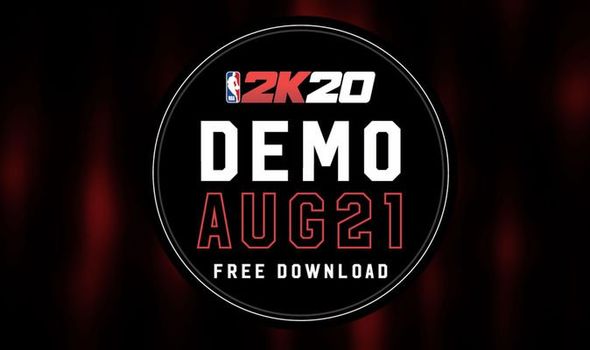 The release date for the NBA 2K20 demo has arrived and will be available to download on PS4, Xbox One and Nintendo Switch this week.

2K has confirmed that they will be launching the special trial of their latest game tomorrow, August 21.

Unlike past years, this new demo isn’t called The Prelude, so just searching your online store for the new NBA 2K20 Demo should work.

And fans will also want to know what kind of time they will be able to download it on the PS Store, Microsoft Store, and Nintendo eShop.

According to the latest information from 2K, the demo will be going live at around 8am, PST.

However, an earlier message from 2K confirmed that the demo would be going live at 8am in the UK too.

So there’s a good chance that it will be going live at the same time in different regions.

Otherwise, UK players will be waiting until around 4pm to get their hands on the new NBA 2K20 experience.

“The new NBA 2K20 Demo goes live in 24 hours Set your notifications for tomorrow at 8am PT,” a new message from 2K reads.

The good news is that this will be a free download on PS4, Xbox One and Nintendo Switch, and will include an assortment of different features to try out.

The bad news is that there will be no demo to play on Steam or any other PC platforms hosting the game after launch.

2K has confirmed a list of activities that will be available in the new NBA 2K20 demo, including early access to the MyCAREER Mode.

Fans will also be happy to hear that any progress made while playing the NBA 2K20 Demo will pass over to the full version when it launches in September.

“NBA 2K revealed that starting on August 21st at 08:01 am BST, fans can get an early start on their MyCAREER while testing out the new MyPLAYER builder and hitting the court two weeks ahead of the game’s launch by downloading the NBA 2K20 Demo,” a message from 2K explains.

“In the NBA 2K20 Demo, users can try out multiple MyPLAYER configurations to create the player that best fits their playstyle, and best of all, after you spend that time customizing and figuring out what works best for you, you don’t lose that progress. Instead, your choices from the demo can be carried over to the full game.

“The NBA 2K20 Demo will be available exclusively on Xbox One, PS4 and Switch.”

We recently found more about the new MyCAREER Mode and how it will run on all platforms.

“This year’s narrative features the storyline of an NBA prospect named Che on his quest for gold both on and off the court, covering the importance of mentors, dealing with off-court pressures and current social issues,” a message from 2K explains.

“In this game setting, the path to stardom is firmly in the gamers hands.

“The cinematic narrative was directed by up-and-coming visionary Sheldon Candis, and features a star-studded cast including Idris Elba, Rosario Dawson, and NBA all-stars past and present.

“This is the most visually stunning MyCAREER cinematic experience to date and brings the journey to life in a completely new and immersive way.”

All editions of NBA 2K20 will be releasing worldwide on September 6, 2019.