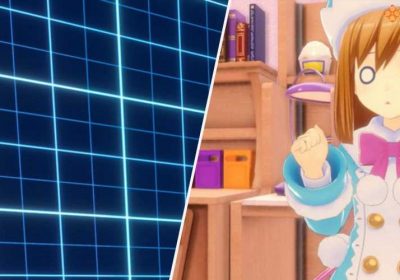 Don't mistake Chirper, Neptunia: Sisters VS Sisters' continuation of the fan-favorite in-game social media sphere, for that other bird-mascot app. Love it or hate it, Twitter doesn't unlock a wealth of your life's content for you. It's just sort of there.

It's easy to make that same mistake with Chirper, however. Neptunia: Sisters VS Sisters never fully emphasizes how key this system is to making the most of all the game's other systems, so we've devised this guide to cover the basics, as well as some strategies on when and where to care what the citizens of Gamindustri have tweeted. Chirped. We meant chirped. 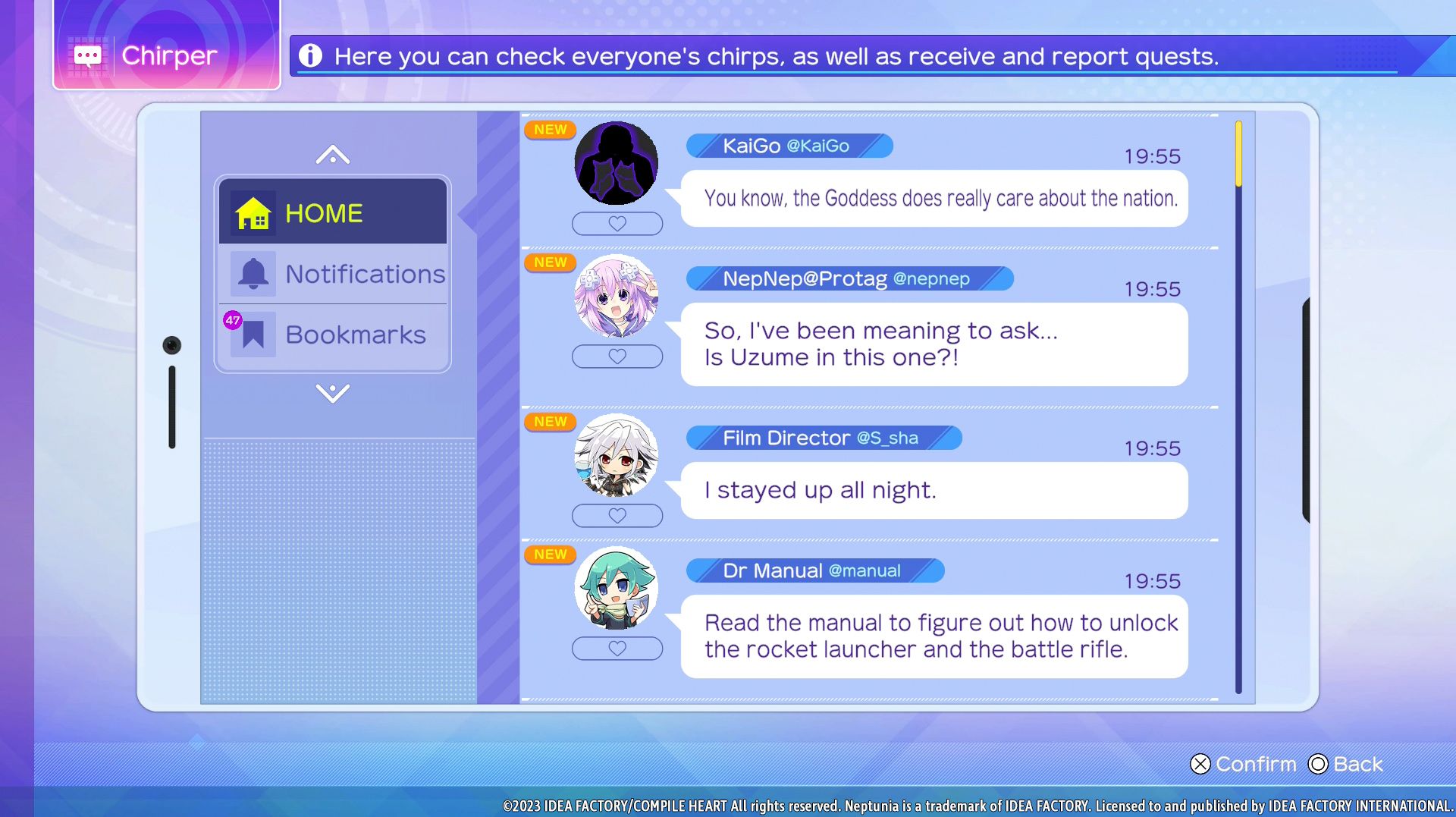 Owing its roots all the way back to Hyperdimension Neptunia mk2, Chirper is the hottest way for folks to stay in contact digitally in the parody-driven fictional world of Gamindustri and its continental neighbors. If this is your first time with the Neptunia series (or you're only familiar with the very earliest entries), think of it as a strange cross between the obvious bit (Twitter) and the less obvious bit (Instagram).

Chirper, within the context of the game itself, serves three roles: 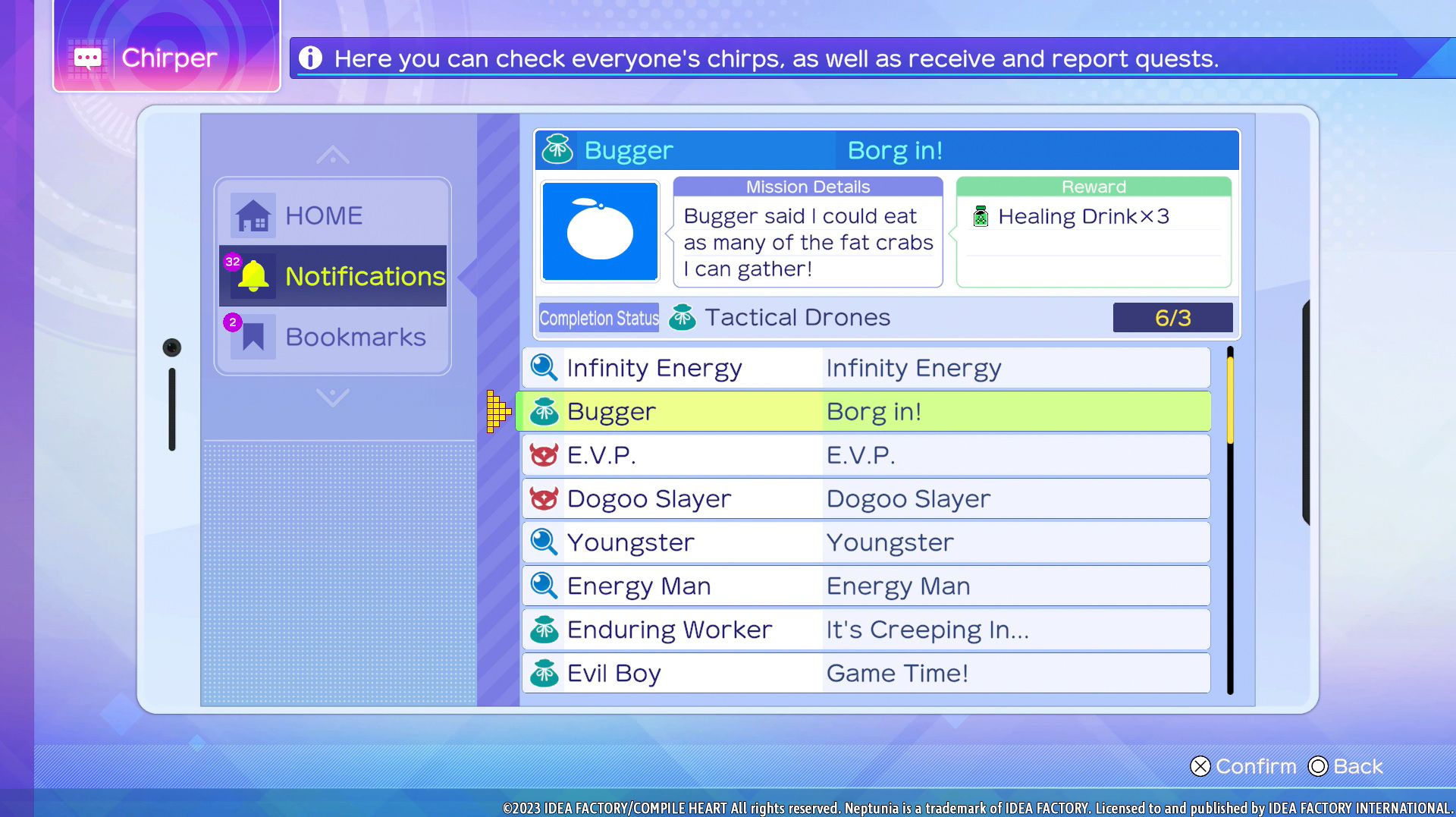 Obviously, then, the real meat of your time with Chirper stems from using it as the game's tool for accessing optional content. When it comes to the question of when to check Chirper, the answer is reliably straightforward: consult Chirper at the start of every chapter. New notifications should arise at the beginning of most of Neptunia: Sisters VS Sisters' chapter-based structure.

Think of each chapter as not only the start of a new main quest, but the launch point for a fresh string of sidequests. Boot up Chirper, scroll through chirps (liking the ones you enjoy as you go, because why not), and take a look at the new stuff available for you.

Backtracking can be a bit of a bother in Neptunia: Sisters VS Sisters. Don't let this throw you off from considering handling Chirper requests, however — fast travel spots are fairly generous, and only rarely did we need to traipse especially far from one to reach a client, retrieve something, or engage in an assigned battle.

The nifty thing about completing sidequests through Chirper is that some of these quests unlock new staff for Neptunia: Sisters VS Sisters' Disc Development System. We have a guide on that as well, so click below for more context, but here's the gist: the staff members who can be hired after completing Chirper requests will help you craft powerful gear in the form of new video game discs.

We can't oversell how handy these things truly are. The abilities you can acquire, such as EXP Boost and more conventional stat-elevating fare, can make completing the game a relative breeze. If you try to tap into the Disc Development System without engaging with Chirper very much, you're liable to run into the problem of having few staff members, and none capable enough of giving you two boosts rather than just the one.