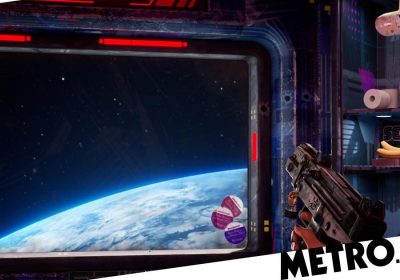 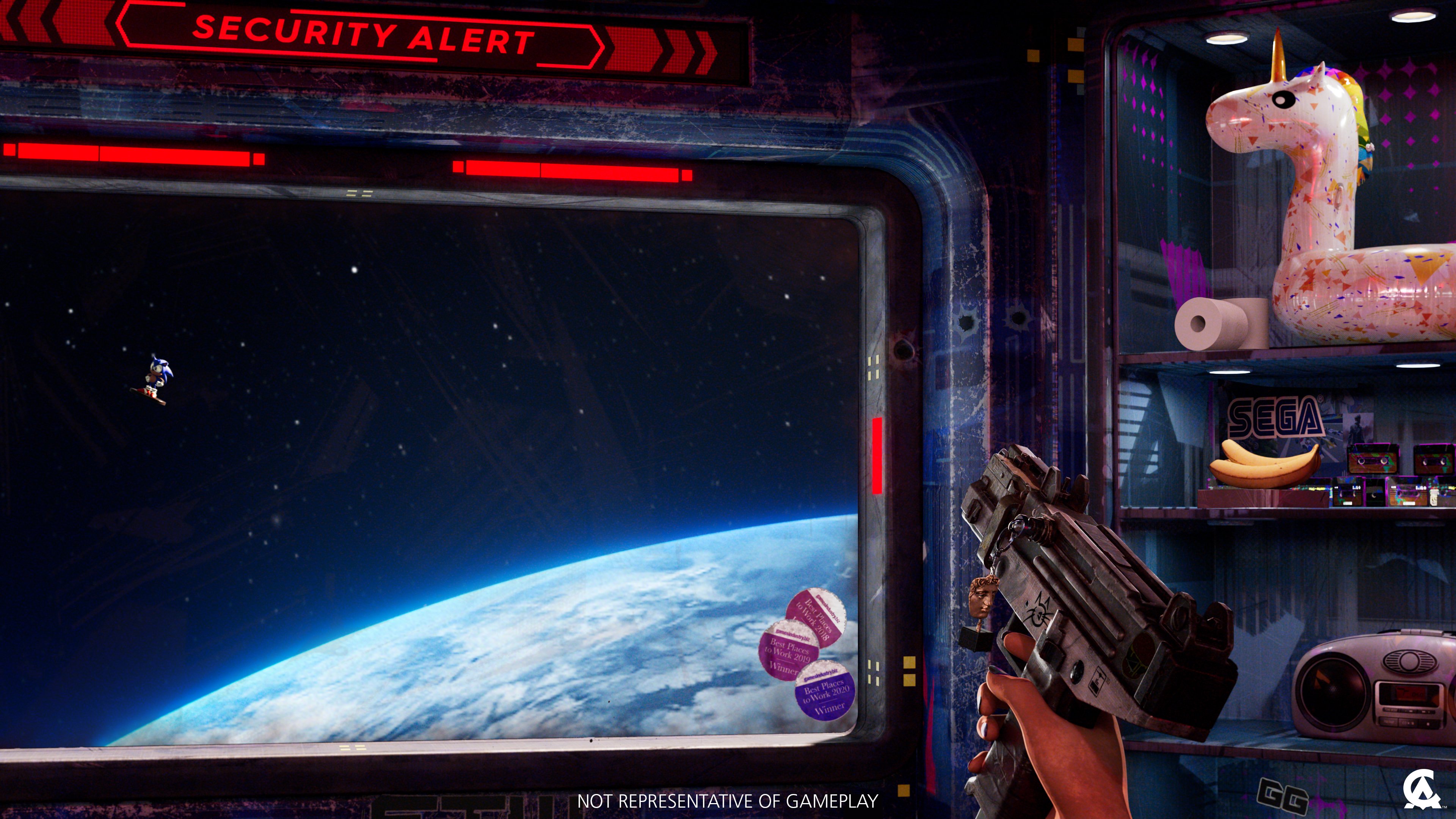 The team behind Alien Isolation has unveiled the first screenshot of their new FPS and it’s filled with references to old school Sega games.

British developer Creative Assembly is best known for the Total War strategy series, but they have made other games as well.

As well as several sports titles they also made 2014’s first person survival horror Alien Isolation, so when news came through that they’re currently working on a new first person shooter many hoped it would be a sequel.

That’s clearly not the case to look at this screenshot though, which at first glance seems to be a fairly generic sci-fi shooter. But take a closer look and you can spot references to half a dozen different Sega games.

Not only is the Sega logo itself there but you can see Sonic floating out the window and a screenshot of Virtua Racing on the wall. The bananas seem to be a reference to Super Monkey Ball and the tapes with paint over them possibly Jet Set Radio.

The toilet rolls may be a reference to Yakuza: Like a Dragon, where you have to collect toilet paper, but we’re drawing a blank on the inflatable unicorn.

The implication seems to be that whatever the game is it won’t be taking itself too seriously and will be purposefully filled with references to classic era Sega games.

The screenshot is described as being ‘not representative of gameplay’ but is it that just a legal statement to admit this is a mock-up or an admission the real game looks nothing like this?

It’s hard to say and the water is only muddied further when you consider the screenshot was part of a tweet looking for new hires, which is probably why the little BAFTA trophy is on the gun (Creative Assembly won one for the music of Shogun: Total War).

Previous job ads have referred to the project as a ‘tactical FPS’ but that doesn’t really help either. There’s also no clue as to when the game might be properly announced, although there is a chance it’ll be revealed properly at E3 next month.

Do you want to challenge yourself and make your mark on something radically different in the FPS space?
If like us you want to offer players an experience that feels fresh, fun and exciting, check out our job openings: https://t.co/5znP9zlcQs#gamedevjobs #gamedev #jobfairy pic.twitter.com/chvkXq9I5u