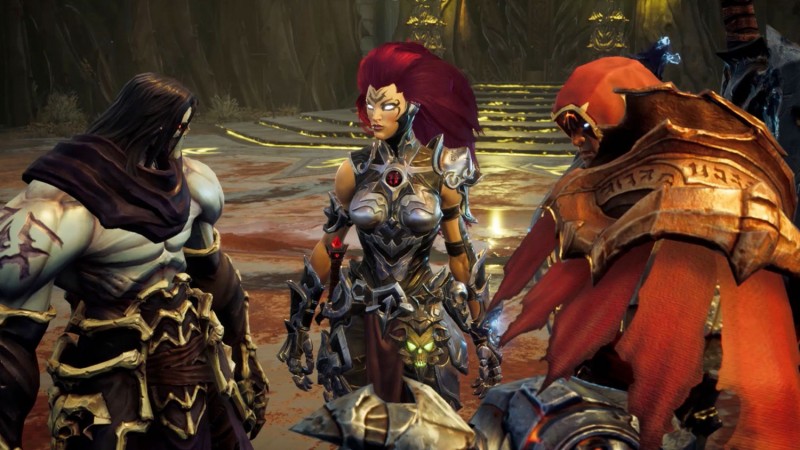 It seems that leaking E3 announcements are all the rage today, with the first details of Square Enix’s Avengers title coming out through a description on the E3 Coliseum site. Since people need to be able to schedule when they’re going to see certain things, some announcements are getting leaked out beforehand, and we can add another apparent game reveal to that list. It looks like a new Darksiders game has been leaked with evidence supporting the idea it might be from AirShip SyndicateIt .

WCCFTech caught the listing today, which references a new Darksiders title that makes some big claims about the direction of the series.

“A discussion about the inception of the Darksiders universe and where it’s headed next,” the description reads. “This panel will coincide with the E3 2019 unveil of a brand new Darksiders game that takes the franchise in a fresh direction. This is a panel discussion about the art and business of creating and maintaining an action adventure franchise rich in-game and corporate lore.”

I have no idea what corporate lore is supposed to be and considering it is THQ Nordic I am not at all sure I want to know, but that does pretty clearly say there is a new Darksiders game being announced at E3 in just a few short weeks. It also claims to take the series in a fresh direction, which means it is not likely to be the same thing as the previous three titles in the series.

Moreover, it has also been pointed out that Airship Syndicate, developers of Battle Chasers: Nightwar and made up by a lot of former Darksiders developers Vigil (including head Joe Madureira), has changed the banner on their Twitter profile. The new art definitely has a Darksiders vibe to it, which would make sense as the other Darksiders team, Gunfire Games, just wrapped up Darksiders III fairly recently.

All this points to a different kind of Darksiders title being revealed at E3. THQ Nordic came under fire recently for holding a marketing event on message board of ill-repute 8chan wherein someone posted, and then deleted, a listing of E3 titles that contained the title Darksiders: Genesis. THQ Nordic’s CEO apologized for the AMA on 8chan and promised a full investigation of how it happened, but there has been no word since and the company has not responded to our requests for comment over the proceeding months.