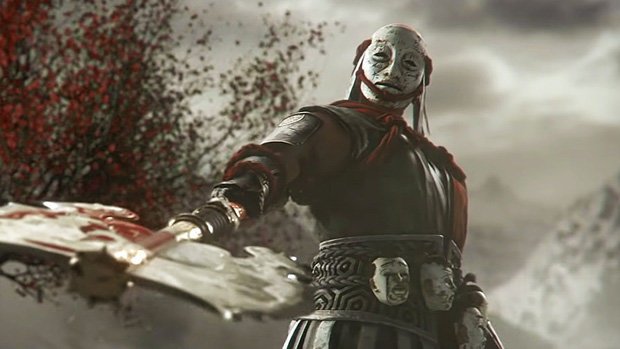 Year 3 started back in January with the introduction of Vortiger, a shield-wielding hero also known as “The Black Prior”. Similar to the upcoming Sakura update in May, this introduced a new map – Harbour – as well as gameplay improvements and a glut of cosmetic items.

While we know very little about the identity of For Honor’s two upcoming unannounced heroes, Ubisoft’s key art for Year 3 clearly shows their weapons of choice. We also know that all four of them will be playable as both male and female.

The upcoming Viking hero will come equipped with a mighty warhammer. Blunt weapons are fairly uncommon and since For Honor’s first year of DLC, fans have been pining for a hammer-wielding fighter.

Finally, the unknown Wu Lin hero looks to be opting for some kind of sword though this will hopefully differ from the Tiandi’s Dao.

You can find out more by reading the For Honor Year 3 roadmap.