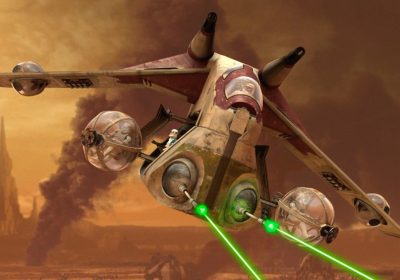 The Lego community is proving to be quite the commission engine, thanks to the Lego Ideas program. The company also involves its customers in product decision-making, and the latest set selected by the community will have Star Wars fans very pleased.

The Lego Group has confirmed that the Lego Star Wars UCS Republic Gunship has been commissioned. Debuting as the first Ultimate Collector Series set, the Republic Gunship will safely land for purchase within the next nine months – just in time for the Christmas rush. Lego held a roundtable session last week announcing the set’s release window, as well as previewing the Gunship’s cockpit.

Brickset also confirmed that the Gunship’s scale will surpass any model we’ve previously seen released by Lego – although, we think a life-sized ship might be a little ambitious. The model is said to be approximately 50-55cm in length, and designer Hans Burkhard Schlömer – who previously worked on the 75192 Millennium Falcon and 75275 A-wing Starfighter – will be at the helm of the Republic Gunship. Based on sets gone before and early rumors, the Gunship’s price is thought to be around $350 – which shouldn’t make too much of a dent in veteran builder’s pockets. 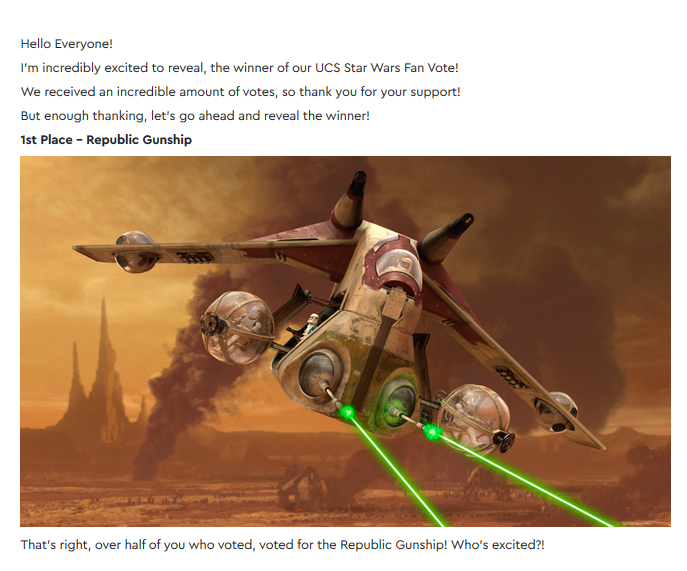 The UCS Republic Gunship was shortlisted with the Nebulon-B Frigate and the TIE Bomber during a poll hosted back in February 2020. Over half of voters chose the Gunship as the winner, and fans are already debating over which minifigures might accompany the set. Additionally, three lucky voters were selected at random once voting had concluded, all of which will be receiving a free Gunship and a Lego Yoda to build at their leisure. While the rest of us wait to empty our wallets, Lego has encouraged fans to pay Star Wars Episode 2: Attack of the Clones a revisit in the meantime.

In other Lego Star Wars news, it was announced at the start of the year that Lego Star Wars: The Skywalker Saga game would feature around 800 unique characters. 300 members of the character roster are expected to be playable, including many icons from the new Star Wars trilogy such as Babu Frik.