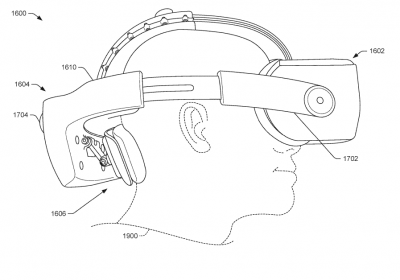 Valve has been a prominent player in the virtual reality (VR) industry, from its SteamVR tracking system to its current Valve Index headset which launched in 2019. This week has seen the publication of a new patent, highlighting ideas for designs that include new head mounts, a wireless version and standalone head-mounted displays (HMD).

Valve filed the patent back in September 2020, just over a year after the launch of the Index headset, indicating the company is still interested in expanding its VR hardware business. There are three distinct areas that are being looked at, improving the comfort of the headset, making it more flexible with antennas for wireless connectivity or going completely standalone with all the processing done on board.

When it comes to comfort the designs offer various knobs to adjust the device to your head, there’s even one with a sprung, hinged system (top image) where the pad would nestle under the occipital lobe for support. It all looks a little bulky but it is a patent after all.

As for the wireless/standalone designs the patent has them more evenly balanced with components in both the front and back. “The back of the HMD may include a compartment having wireless transceivers, a battery, microphones, input/output devices, and/’or other components to permit operation,” states the filing. It would make sense that Valve would head down this route as while the Index is an excellent headset, once you’ve tried a wireless system going back to a cable does fell a bit clunky.

Of course, new Valve Index headset designs aren’t the only avenue the company behind Half-Life: Alyx is exploring. It’s collaborating with OpenBCI and Tobii on the Galea, a brain-computer interface (BCI) that could eventually make it into future headsets. A beta programme is expected to begin in early 2022.

Whether these new designs will be put into production remains to be seen as plenty of patents rarely do. If that does happen VRFocus will keep you updated on the latest details.