Ni No Kuni 2: Revenant Kingdom – Prince’s Edition Is Heading To Switch This Year 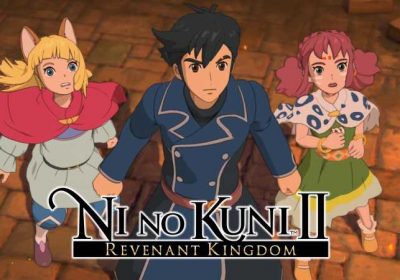 Bandai Namco has announced that Ni No Kuni 2: Revenant Kingdom – Prince’s Edition will be heading to the Nintendo Switch on September 17, 2021, for both the US and Europe. After an errant ESRB rating was spotted earlier this month indicating the possibility of a port, the company outright confirmed everyone’s speculation and even provided a new trailer.

As the extended title implies, this version of Ni No Kuni 2 will be a “complete” package with all DLC included. That includes both expansions “The Lost of the Lost Lord” and “Tale of a Timeless Tome” and all post-launch updates. Despite the original being over three years old, this belated Switch version will be retailing for $59.99. Considering the sheer amount of content here, that isn’t necessarily a bad price, but it does make me wonder what Bandai Namco is thinking.

I’ve never played Ni No Kuni or its sequel, but the general reception of Revenant Kingdom is that developer Level-5 improved pretty much everything from the original. You may lose the collaboration with acclaimed Japanese animation company Studio Ghibli, but when the gameplay has more depth and the world gives you more opportunities to explore, I think that’s a fair compromise.

The original game launched on PS4 and PC back in March of 2018 and its biggest complaint was a lack of difficulty. That was rectified with a free update that added new difficulty options (all of which are present by default in this Switch version) and was followed by the aforementioned DLC updates.