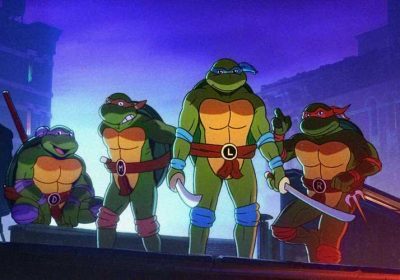 It's been a pretty busy year for Teenage Mutant Ninja Turtles fans with the recent release of both Shredder's Revenge and The Cowabunga Collection. It looks like 2023 is shaping up to be just as busy, however, as a "brand-new triple-A" TMNT game is apparently already in the works for a release next year.

As shared by ResetEra user P-Bo and reported by NickALive!, page 170 of the September issue of Toy World magazine confirms that a new Teenage Mutant Ninja Turtles game is on the way. The page focuses on "Paramount Consumer Products & Experiences" and runs down some of the franchises that have seen success this year, including a big focus on Teenage Mutant Ninja Turtles.

After mentioning the upcoming Seth Rogen Teenage Mutant Ninja Turtles movie, Mutant Mayhem, the page moves on to video games. It says, "Paramount is also planning a remaster of Konami's The Cowabunga Collection at the end of the year and will launch a brand-new original Triple-A game in 2023".

Toy World doesn't mention what era of Ninja Turtles the new game will focus on, or what kind of game it'll be, but the specific mention of "brand-new" and "triple-A" makes it seem as if it won't be a side-scrolling brawler like Shredder's Revenge and will likely focus on a different group of Ninja Turtles than the 80s team.

Considering 2023 also marks the release of Seth Rogen's take on the Ninja Turtles, Mutant Mayhem, something that is also highlighted within the magazine as being a big push for Paramount next year, there's a good chance that the game in development for next year is based on that era of Ninja Turtles. It could also be something wholly original like PlatinumGames' version of the group in Mutants in Manhattan, but it would make a lot of sense for it to tie into the upcoming film.