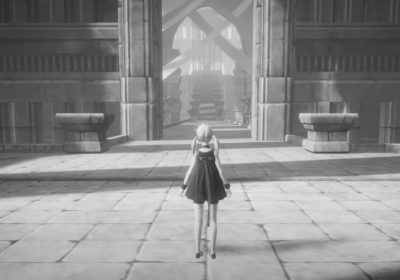 Nier Reincarnation, the mobile spin-off from the Nier series, finally has its release date for players outside of Japan. And now according to a reveal from IGN, you’ll be able to next month, July 28, and snag a few in-game goodies if you prepare ahead of time.

Reincarnation will have you play as a little girl under the care of Mama, a strange, ghost-like little creature who accompanies you on the journey. You’ll climb through a bizarre, ethereal world known as The Cage, searching for a way to restore the little girl’s memories. Reincarnation dives into these memories by giving you control of new Memory characters in story vignettes, which you’ll control to unlock pieces of the past.

If you’re keen on getting an early start, pre-registering on the App Store and Google Play will net you bonus Gems to spend on in-game summons. Square Enix has plans to sweeten the pot on in-game rewards for every additional 100,000 players that register, too. Like most F2P mobile titles, Reincarnation relies on a gacha system, where you’ll pick up additional Memory characters and their variants.

Back in May of this year, we got an early peek at nine minutes of gameplay footage from the English version of Reincarnation. And while there’s no official confirmation for global version events just yet, fans of the Nier universe can expect a cross-over with Replicant at some point, just as Japan’s server saw early this year.

The Nier series at large has had a busy year thus far, we loved the remake for Nier Replicant, calling it Yoko Taro’s best work in our review. And so far, it seems like fans of Yoko Taro seem to love it too, as Replicant has sold one million copies since its launch back in April – pretty good for a remaster.

Square Enix seems to be a bit more on top of supporting this one, too, as Replicant has already been promised an updated PC patch to stabilize its rocky frame rates. Automata also saw a patch recently, but it was just to remove its Denuvo DRM, with no news on when it will receive a stabilization update.