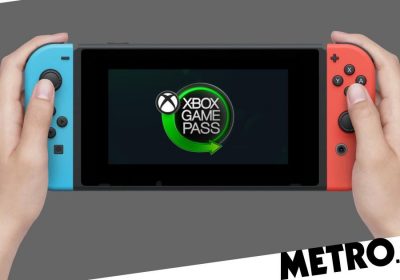 Court documents from the Epic Games vs. Apple case reveal behind the scenes discussions between Microsoft and Nintendo, but was it about Game Pass?

Ever since Microsoft announced Xbox Game Pass, and talked about it in terms of wanting to get it on every device possible, there have been rumours of a deal with Nintendo.

Especially once they start to push the xCloud streaming service, the Switch seemed like the perfect format, given it’s a proper gaming device with controls other than just touchscreen.

That may be exactly what Microsoft and Nintendo has been discussing too, or it might not – because Nintendo has had all the details redacted from the court records.

Knowing Nintendo, the hidden details could be over how many sugars their execs take in their coffee, rather than any real company secrets, but the odds are it’s something important.

If it’s not Game Pass though, and there’s no certainty that it is, then another possibility is Nintendo using Microsoft’s Azure streaming technology, something which Sony has already signed up to do.

Nintendo has already experimented with streaming in Japan, so are clearly interested in the concept, and yet would have to rely on another company, such as Microsoft or Google, for the underlying technology.

There are a million other possibilities, from Master Chief in Super Smash Bros. to Microsoft buying Nintendo (which wouldn’t be the first time they’ve tried).

Whatever’s going on though the chances are Nintendo said no. The company has never been one for collaborations with other console manufacturers (just ask Sony) and if Game Pass does end up on the Switch that would be a major change in policy for the company.

Nintendo says these portions of an Xbox biz dev exec’s deposition in EpicvApple “reflect…competitively sensitive information about negotiations between Nintendo and Microsoft.” She was primarily deposed about trying to bring xCloud to iOS and more broadly discussed console biz pic.twitter.com/UeTBRaVxmi