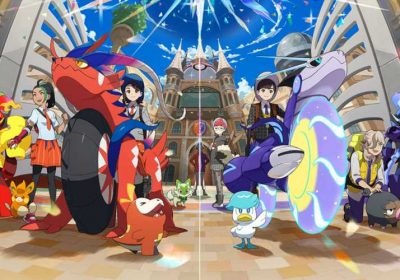 It's not unfair to say that the launch of Pokemon Scarlet & Violet has been one of the more disastrous of 2022. There's still plenty to love about the game, but the general consensus is that its held back by bugs, glithces, and performance issues. Fans have been hoping that some kind of patch is in the works to fix some of the more glaring issues, and their hopes have been answered by Nintendo.

Announced via the official Nintendo of America Twitter account, a new patch for Scarlet & Violet will roll out tomorrow, although it doesn't really go into much detail about potential fixes. The full list of changes can be found on the Nintendo Support website, revealing that the patch will be 1GB in size and will introduce Season 1 of Ranked Battles that can be fought in the Battle Stadium.

More importantly, this patch will introduce "select bug fixes" and will fix an issue that stops the correct music from playing during battles with the Elite Four and Champion. The patch notes don't go into any greater detail than that, so we'll have to wait and see if this helps the game's performance. Considering it's only 1GB in size, don't expect any drastic changes, but an apology from Nintendo in the patch notes states that it's "working on improvements to the games."

"We are aware that players may encounter issues that affect the games' performance," reads Nintendo's statement. "Our goal is always to give players a positive experience with our games, and we apologize for the inconvenience. We take the feedback from players seriously and are working on improvements to the games."

By the sound of that, it's possible more patches to help improve the game's performance may be in the works. Whatever the case, it's the first admission from Nintendo that Pokemon Scarlet & Violet's performance is a problem, so hopefully we see some future patches that make the game easier to play.