Nintendo Switch gamers are waiting with baited breath for confirmation from Ninty on whether there will be an April 2019 Nintendo Direct.

It had been rumoured that a Nintendo Direct was taking place on Thursday April 11 2019 – but that date came and passed without one occurring.

It was also speculated that a Nintendo Direct for April 2019 could have been broadcast on April 15 2019.

Firstly, fans had thought a Direct could take place on this date as it is the last day that Ninty legend Reggie Fils-Aime is working at Nintendo.

It was also thought a tweet from the Nintendo of America account last month was hinting that Animal Crossing Switch news was coming on April 15.

Fans thought the tweet hinted that news on Animal Crossing Switch was coming on our before tax day in the US, which is April 15.

But, at the time of writing, we’re over halfway through April 15 in the UK and no news on a Nintendo Direct for this date has been revealed. 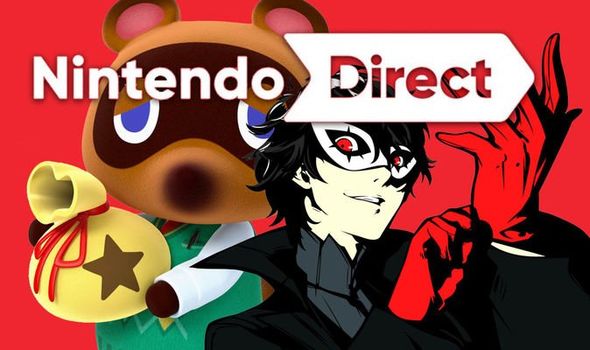 Well, it does seem likely that a Nintendo Direct for April 2019 could take place.

This month Smash Bros 3.0.0 is due to drop as is the first DLC character – Joker from Persona 5.

Seeing as Smash has featured heavily in Directs before, and we’ve not seen footage of Joker in Smash, a Direct outlining the new character is possible.

And there’s one date that springs to mind for when a Direct outlining the new Super Smash Bros Ultimate character could take place.

On April 25 a Persona 5 Super Live concert will be taking place in Tokyo where news on Persona 5 S and Persona 5 The Royal will be revealed.

It’s rumoured that at least one of these titles could be coming to the Switch.

And it had also been rumoured that Joker would drop in Smash Bros when Persona 5 Switch is announced.

So, pulling all these pieces together – it’s possible Persona 5 Switch could be announced on April 25 at the upcoming Persona concert.

And then potentially a Direct will take place that day going into more detail about this title and revealing Joker is available in Smash that day.

While this may sound like joining a lot of dots up to come up with this theory, there is one bit of news that could give it more weight.

On April 25 Nintendo are releasing their financial results for the previous fiscal year.

This report tends to have the latest Switch console sales and the following day there will be a financial results briefing.

Could Nintendo time their next Direct to take place on the same day that their latest financial results will be revealed?

If so it could be an ideal way to build excitement amongst investors about what they have planned for their next fiscal year.