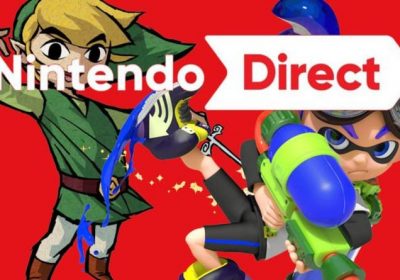 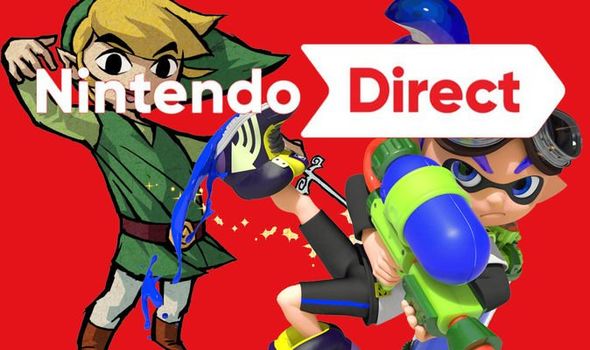 Nintendo Direct fans are just weeks away from the next big batch of announcements from the House of Mario. We’re fast approaching the second half of the year and the summer, and for gamers that can only mean one thing – E3. After a hiatus last year due to the coronavirus pandemic, the iconic gaming expo is making a return this year as a digital event – and Nintendo are already confirmed to be taking part.

The June Direct is historically where Nintendo makes its biggest announcements of the year, with the E3 2019 Nintendo Direct being one for the ages.

That Direct announced Zelda Breath of the Wild 2, Banjo Kazooie for Smash Bros, The Witcher 3 Switch port and much, much more.

And Nintendo Switch fans could have found out what’s in store for the upcoming E3 2021 Nintendo Direct.

As reported IBTimes, industry insider Samus Hunter may have revealed some of the announcements Nintendo has planned for E3.

The leaker teased Ninty has “big plans in store”, but if you were hoping for an update on the much-rumoured Switch Pro or Zelda Breath of the Wild 2 you’re unfortunately out of luck.

Samus Hunter didn’t mention either of these highly anticipated projects in their leak.

However, on Twitter @SamusHunter2 did drop a few major leaks for E3 2021.

They shared a mocked-up image for the Nintendo E3 2021 Direct, and teased announcements on Splatoon 3, the Zelda 35th Anniversary and Smash Bros Online Tournaments.

Last week they told me that #Nintendo has big plans in store for this year, but Covid is making things difficult to organize.

“Unfortunately, due to the number of partners, I cannot confirm whether all plans will come to fruition, we will know on May 6.

“I heard that they are trying to organize some tournaments, one of Smash and one to publicize Splatoon 3, in a couple of weeks we will find out if the project will succeed. Obviously the Treehouse events and the Direct are certain.

“But I have to say something extra… The train will make at least one more stop before reaching the end”.

While Samus Hunter – at this time – didn’t mention Zelda Breath of the Wild 2 or the Switch Pro as possible E3 announcements, it doesn’t mean that news on these in-demand projects won’t happen during the upcoming June Direct.

As for what was teased, the Zelda 35th Anniversary announcement has been a long time coming.

February this year marked 35 years since the world was introduced to Link, Zelda and Hyrule with February 21 1986 being the date that the first The Legend of Zelda game launched on the Famicom in Japan.

However, February came and went without any announcements on how Nintendo were planning to mark this landmark occasion.

On Mario’s 35th birthday last September a Direct was held which was revealed all on how Nintendo were marking the platforming plumber’s bday. 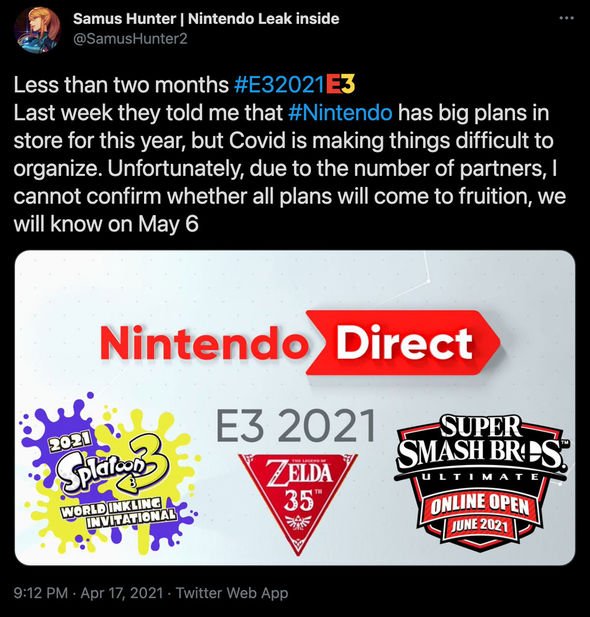 It had been thought Nintendo would do the same with Zelda but that didn’t turn out to be the case.

Despite this, there are plenty of rumours surrounding what Nintendo could have up its sleeve for the Zelda series’ 35th birthday.

A trademark that emerged earlier this year could suggest iconic DS Zelda adventure The Phantom Hourglass could be making a return on the Switch.

Whether that’s as a remaster, port of full-blown remake remains to be seen.

While it has long been speculated that The Wind Waker and Twilight Princess, which both got HD Wii U releases, could be heading to the Switch as well.