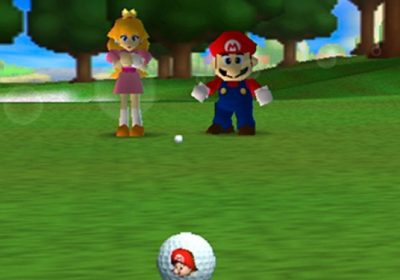 Console creators and developers making back catalogs readily available is becoming a bigger deal with each passing day. Xbox has very much been the industry leader in that regard, Nintendo has started to follow suit but still seems reluctant to go all in, and PlayStation will be making a number of currently unnamed PS1, PS2, and PSP games available through the highest-priced tier of its revamped PlayStation Plus service later this year.

While Nintendo seems adamant to shut off certain branches of its past, revealing its Wii U and 3DS stores will be closing next year, it did at least up the ante last year by launching the Expansion Pack. A new addition to Nintendo Switch Online's library of retro games. That library was previously restricted to titles from the NES and the SNES. The Expansion Pack has since added a number of Mega Drive and Nintendo 64 games to it.

Nintendo has been adding N64 games to the Expansion Pack at a rate of about one per month and has now revealed which game will be coming to the service in April. The very first Mario Golf. If you're unfamiliar with how Mario and the gang looked and played when they first took to the fairway, you can check out the game's opening cinematic in the tweet below courtesy of Nintendo.

The Mario Golf series was revived last summer when Super Rush launched on Nintendo Switch. Prior to Super Rush, there hadn't been a Mario Golf game on a home console since the GameCube. A curious decision by Nintendo as a golf game on the Wii featuring the cast of the Mushroom Kingdom would have surely been a hole in one. Nevertheless, you can now play both the oldest and the newest installments in the Mario Golf series on Switch.

Mario Golf will be available to play through the NSO Expansion Pack from April 15. It joins other Mario spinoffs such as Mario Kart 64 and Mario Tennis, as well as titles like Star Fox 64 and The Legend Of Zelda: Ocarina Of Time. Nintendo has revealed some of the other games that will be added to the Expansion Pack in the future, but not if there will be a time when the additions come to an end. The hope that a Game Boy library is made available in the future also still remains.