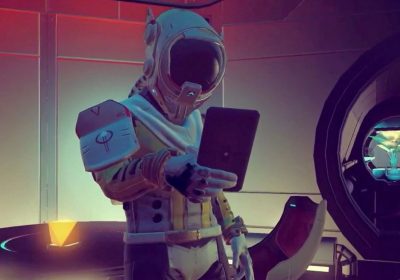 Given how physical mail has become somewhat of an anachronism, one can forgive an obviously young child named Adam for not knowing the proper procedure of sending a letter. Despite not having a stamp nor the full address, Adam managed to post a heart-warming letter to "Hello Games, Guildford, England," where it was posted to Twitter by Hello Games’ studio head.

"To Hello games ltd I love your hard work you have put into no man's sky but my favorite update is endurance update," Adam wrote adorably. "but can you combine every update on no man's sky switch version. and Hellogames ltd you are the best software company. From adam"

Sean Murray (who bears no relation to the author of this article) posted the letter on Twitter, revealing he actually had to pay the required £2.50 postage in order to receive it. "Hope you like the switch version Adam, we’re working our socks off on it," he replied.

No Man's Sky is due out on the Nintendo Switch on October 7. Murray has previously called it "a real moonshot for our small team," as No Man's Sky's procedural generation requires significant processing power in order to accomplish.

"No Man's Sky is built around procedural generation, which means the console generates everything you see," Murray explained in an interview soon after the port's announcement. "This makes it so much harder to bring our game to something like the Switch but I think this team never seems happier than when they are trying to do near-impossible things."

One thing the Switch version won’t have is multiplayer, although, with Hello Games’ love for the impossible, there’s every chance it might be added in a future update.