No Man’s Sky Patch 3.12 Adds A Bunch Of Fixes For Next-Gen

No Man’s Sky is better than ever on next-gen consoles. Next Generation, as it was appropriately called, brought 4K graphics (at 60fps), updated ultra visuals with better lighting, textures, animations, draw distances, and animations, faster loading times, 32-player multiplayer with full crossplay, and more vibrant planets just teaming with plants and animals.

It was yet another huge update that Hello Games gave to No Man’s Sky owners absolutely free of charge. But as with many updates for a brand new console, sometimes things didn’t go as planned. That’s why they’re releasing a new patch today to squash some of the bugs that have emerged on PS5 and Xbox Series X/S.

“We are listening closely to your feedback, and have identified and resolved a number of issues,” wrote Hello Games on their patch notes. “These fixes have been combined into patch 3.12, which will be live on PS5, Xbox Series X/S, and Xbox One today.” 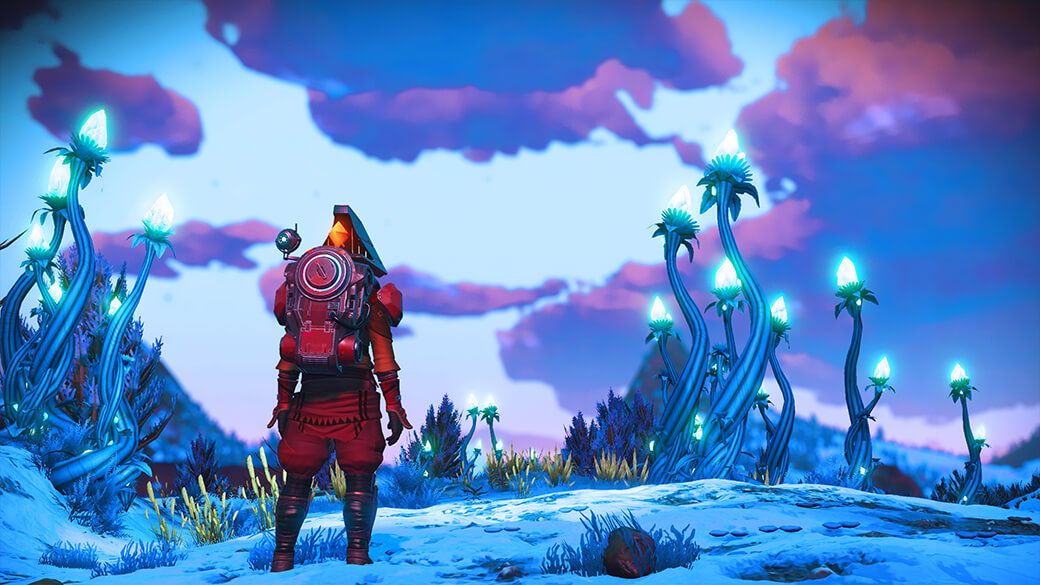 First up on the docket was the PlayStation 5 and its HDR compatibility. Some objects on PS5 appeared way too bright, and sometimes certain brightness levels would cause the PS5 to crash. Both have been fixed in patch 3.12.

On the Xbox Series X and S, water droplets have been fixed to be visible, and NPCs that glitch out while holding a prop have been tamped back down.

On both next-gen consoles, texture artifacting in the terrain has been fixed and several issues affecting screenshots of bases have also been corrected.

Rarely, PlayStation players weren’t able to see friends playing No Man’s Sky even if they were currently online and playing. That’s been fixed, so now you can go back to assembling 32 people on a single planet once again. 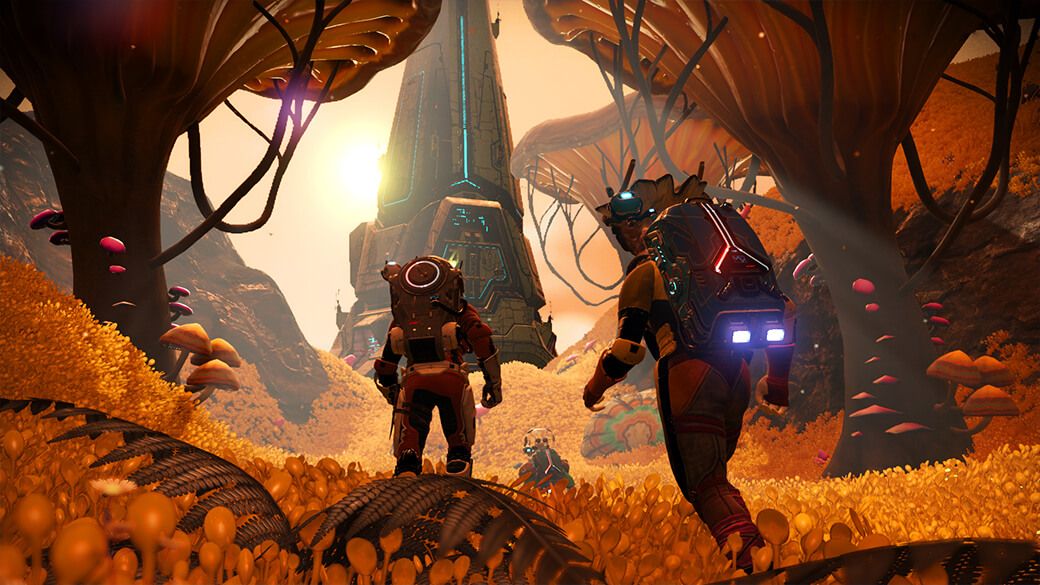 And finally, Xbox One players reporting frequent crashes can rest easy. A memory bug was identified that caused the Next Generation update to crash on Xbox One, but that’s been corrected now, so players can go back to enjoying the performance and QOL enhancements that Next Generation brings to the table.

Patch 3.12 is out today, so be sure you download it before you head back off into the inky blackness of space.