Home » News » No One Can Get Over This Baby Shadow Render

No One Can Get Over This Baby Shadow Render 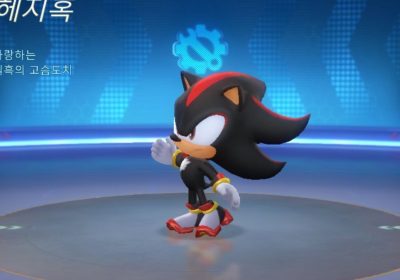 With the release of Sonic the Hedgehog 2 in theatres, and the upcoming launch of both Origins and Frontiers later in the year, the fanbase is in a very good place. The Sonic renaissance is in full swing, and with it comes a lot of excitement, and even more fan art. For the past few weeks, the fanbase's main focus has been Agent Stone, Eggman's movie sidekick. But today, they've sh]ifted their focus to another character: Shadow the Hedgehog. Kinda.

Sonic characters have been added to the free-to-play mobile racer, KartRider Rush+. While this usually wouldn't be enough to get the attention of fans, it turns out that the new renders are utterly adorable. Every character that's included has been shrunk down to fit the game's style – even the ever-brooding Shadow the Hedgehog. "Baby Shadow" has quickly been adopted by the Sonic community as a result, with fan art of the edgy child filling Twitter in just a matter of days.

Baby Shadow enthusiasts have wasted no time in expressing their love of the new render. Poor Sonic and Knuckles haven't seemed to win over everyone in the same way – but that isn't too surprising. Baby Shadow is far more of a novelty.

The Sonic cast's inclusion in the mobile game was only announced two days ago. Despite all of the excitement over the look of the characters, however, few are loving their price tag. Knuckles and Shadow are behind a paywall, and as a player has broken down over on Reddit, both will cost the equivalent of around $35.

In any case, appreciating them from afar is totally free. Plus we're hardly going without content this year, with the film and two upcoming games. This excitement has got fans making requests for what characters should be put under the spotlight next, with many hoping that Rouge will star in the next film. Whatever happens, it certainly won't be a boring year.