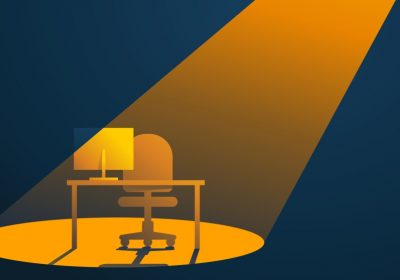 Noteable, a no-code data visualization platform, today announced that it raised $21 million in a series A round led by Bain Capital Ventures, bringing the Cupertino, California-based startup’s total raised to $24 million with $4 million in seed funding from Wing Venture Capital. Operating in stealth until now, Noteable plans to use the funds to nearly double its team by the end of 2022 while supporting ongoing product development.

“We are focused on developing our visualization capabilities, which already include the largest and most diverse library of built-in charting options,” co-CEO Pierre Brunelle told VentureBeat via email. “We are also focused on continuing to invest in our collaborative suite of features, which include commenting, versioning, intuitive and flexible organizational structure, role-based access control, and real-time updates across the entire notebook platform. We’re also dedicated at supporting open source efforts and continuously ensure that we are compatible with the open source standards that we are based on.”

On average, 60% to 73% of all data within an enterprise goes unused for analytics, often due to the challenge of making the data useful across the organization. Accenture reports that only 32% of companies are able to realize tangible and measurable value from data, while only 27% say that data and analytics projects produce insights and recommendations that are “highly actionable.”

Noteable — whose founders come from Amazon, Netflix, and Apple — offers a platform with visualization options and communication tools that allow users to comment on data points, as well as share and export them. Without code, Noteable enables developers to create visualizations while remaining fully integrated in existing programming environments like notebooks.

“The gap in the market for enterprise companies became clear, but we wanted to take that a step further and build a tool that enables and connects everyone with data,” Brunelle said. “Prior to cofounding Noteable, I led Amazon’s internal and SageMaker notebook initiatives … [Chief visualization officer Elijah Meeks] was formerly at Apple and Stanford University … [Chief technology officer Matthew Seal] is a Jupyter distinguished contributor and helped build the next generation of data tooling at Netflix. [And board member] Michelle Ufford previously led the big data tools team at Netflix and is a six-time Microsoft data platform MVP.”

IDC’s 2019 report on the State of Data Science and Analytics found that data experts spend 90% their time searching for, preparing, and analyzing data. Forty-four percent of this time is wasted — that is, employees spend 16 hours a week on housekeeping tasks that aren’t value-additive.

“We enable companies to become data-driven and to then enable them to think about how to integrate machine learning into their business. This is why Noteable is a change maker for most companies as it allows them to rethink how they do business,” Brunelle continued. “Noteable’s visualization capabilities [can] enable all code levels to automatically visualize their data in new and sophisticated ways.”

Brunelle asserts that there are few solutions that provide the set of capabilities companies need to support data collaboration on top of the modern data stack. One of Noteable’s differentiators in this regard, he says, is an interface that filters tables on top of data visualizations, allowing data scientists to explore data before considering writing code against it.

“Noteable provides greater transparency into data workflows and the production of insights as we make our products accessible and valuable to non-coders as well as to business leaders. The time to produce a self-service app or dashboard for their stakeholders teams has been drastically reduced. It’s also now easier to maintain and track any issues with data drifts or to apply modifications based on their users,” Brunelle added. “The pandemic highlighted how important it is for companies to be able to respond to changing and unpredictable environments. Companies with data-centric cultures and strong data infrastructure have more effectively navigated through the pandemic, and I think many companies are now focused on fostering those stronger data cultures and are looking for more collaborative data tools.”

Noteable — which remains in private beta — is angling for a global big data technology market that’s estimated to be worth $116.07 billion by 2027, according to Fortune Business Insights. The company is pre-launch, but Brunelle says that it’s attracted interest from “thousands” of sign-ups and has been working with several mid- and large-size companies over the past year, including managed detection and response provider Expel. The plan is to open more publicly in the second half of 2022.