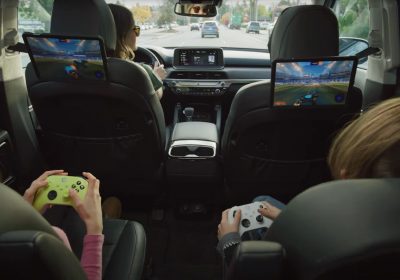 It is now 2023, and that means the world is gearing up to show off all the cool new gadgets companies have dreamed up over the past year. CES officially begins on January 5, but Nvidia is teasing a new (well, technically old) service that will be coming to certain car manufacturers in the near future.

"We are excited to offer our customers the best in technology, comfort, design from BYD and now the latest in gaming through Nvidia GeForce Now high-performance cloud gaming service," said Stella Li Vice President of BYD and CEO of BYD America. "The experience of driving our cars is becoming increasingly sophisticated, entertaining, and sustainable."

GeForce Now offers over 1,500 titles, with over 1,000 of them controller-enabled such as A Plague Tale: Requiem, The Witcher 3: Wild Hunt, Cyberpunk 2077, Fortnite, Lost Ark, and Destiny 2. These controller-enabled titles would be the ones playable on screens in these vehicles, although they'd only be available to play in the back seats or if the car isn't moving.

But that may change someday. BYD, Polestar, and Hyundai are already part of Nvidia's Drive ecosystem, which creates software for vehicles–including autonomous driving software. "As autonomous-driving technology becomes more prevalent, the interior will play a much larger role in differentiating brand identities," wrote Nvidia. "Consumers will focus more on features such as digital assistants, beautiful graphic displays, and streaming content as they make vehicle buying decisions."

Nvidia didn't offer a specific date or timeframe for when GeForce Now will be available in your Elantra, or if it will become available to existing cars as a free software update. But it's likely to act fast to keep up with competitors. Tesla already offers the Tesla Arcade and even Steam in its vehicles, while Honda is considering putting PS5s in its new cars.