Oculus Go Will Get An "Unlocked" OS With Root Access 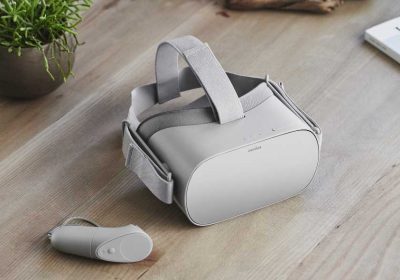 Facebook plans to release a special operating system build for Oculus Go with full root access, according to John Carmack.

Go launched in May 2018 as Facebook’s first standalone headset, marketed mostly for passive media consumption and basic social VR. The 32GB base model was priced at $199. Unlike all VR headsets on the consumer market today it could only track the rotation of your head, not the position. The controller (and there was only one, not two) also had the same limitation, acting as more of a laser pointer than actually having your hands in VR.

Go was retired from Facebook’s enterprise VR offering in January 2020 and for consumers in mid 2020, with no new OS feature updates since. Apps on the Go store can no longer issue updates since December, and no new apps are accepted.

As the Consulting Oculus CTO announced on Twitter, the “unlocked” OS build will give users full root access. Go runs a modified version of Android, so that will allow system apps to be removed, the launcher (home interface) to be replaced, and developers will be able build apps with advanced functionality not permitted by the consumer OS.

If this OS is packaged in a way that allows new drivers to be added, Go could even be modified with extra or different hardware components and become a foundation for do-it-yourself standalone VR.

Making this OS available also means the final Go software version will be available long after Facebook’s update servers are shut down.

So will an unlocked OS build some day arrive for the positionally tracked Oculus Quest? Carmack says this move is specific to Go, but hopes “it sets a precedent”.