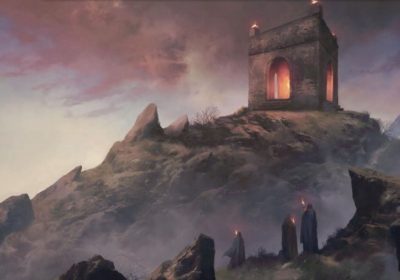 Religion mostly works in the background in Old World, but if managed correctly it can be a powerful tool in your arsenal. Founding a religion is one of the few ways that you can influence another player's development, and it's important to know which faiths are present in each of your cities.

Keeping the priests happy will go a long way toward preventing unrest in your cities, and fostering one or more religions – even if they aren't yours – is a great way to speed up research and cultural development. Read on to find out everything you need to know about religion in Old World. 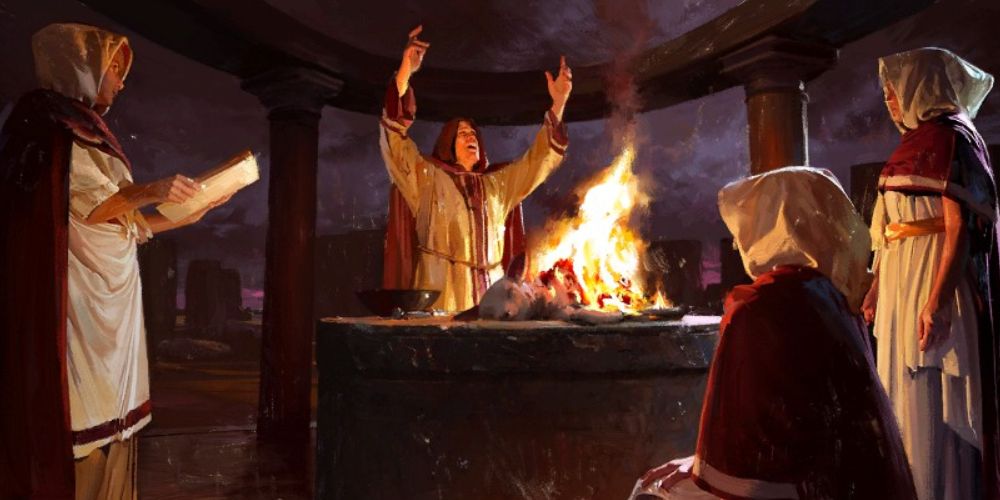 Every playable nation in Old World has its own version of Paganism, available very nearly from the start of the game. Once you've researched the Divination technology, you'll be able to build Shrines to the various gods of your Pantheon. Carthage starts with Divination already unlocked, and so can build Shrines right from the beginning of the campaign.

The first city to contain a Shrine becomes the Holy City for your empire's Pagan faith. The religion will passively spread from there along your trade network, with a set chance each turn to appear in a city connected to the Holy City. Paganism will also appear in any other city that builds a Shrine, but it will not be a Holy City.

Holy Cities are easily identified, as the symbol of the associated Religion will have a unique triangle border there. The color of a Religion's symbol always matches that of the founding player.

Unlike World Religions, Paganism will not spread outside its founding empire's borders. Even if you conquer a city where a different version of Paganism is present, it will not spread beyond the walls.

Shrines provide bonuses based on the attributes of the deity to whom they are dedicated. Since each nation has a different pantheon, you'll get different bonuses from your available Shrines. All Shrines cost 40 Stone to build but have no upkeep. Shrines produce two Culture per turn and improve the opinion of the Pagan faith by two. The specific deity bonuses are as follows:

The attributes of the deities listed in the game are broad and generalized for the sake of playability, and may not accurately reflect the actual mythology behind them.

All Shrines produce a further two Culture per turn if the empire's State Religion includes Mythology (see below). All Shrines reduce their city's Unhappiness production by one if the Divine Rule Law is enacted.

An empire cannot have Paganism as its State Religion unless they enact the Divine Rule Law.

A city with a Shrine can train a Citizen to become an Acolyte. As Urban Specialists, Acolytes can be continuously trained to increase their level.

How To Found A World Religion 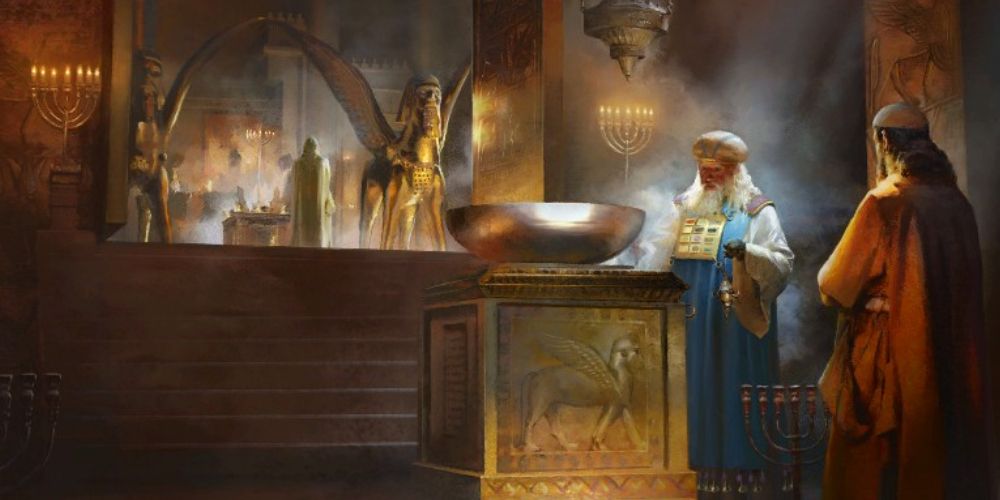 Old World has four World Religions that can be founded by any player and spread across the map. Each World Religion has unique requirements, and the first player to meet them immediately founds the religion.

How To Found Zoroastrianism

One of the world's oldest organized religions, Zoroastrianism will often be the first to appear in a game of Old World. The first nation to have two or more Acolytes of any level immediately founds Zoroastrianism.

How To Found Judaism

The traditional religion of the Hebrew people, Judaism is founded by the first empire to have two or more Rancher specialists as well as the Labor Force technology.

How To Found Christianity

Originally an offshoot of Judaism based on the teachings of Jesus of Nazareth, Christianity requires more complicated conditions in order to appear. Christianity will not form until Judaism is present in at least two different nations. Once that requirement is met, a nation with at least one Jewish city, twelve total Citizens, and the Metaphysics technology can found Christianity.

How To Found Manichaeism

Founded in the third century by the prophet Mani, Manichaeism drew from the teachings of Zoroaster, Buddha, and Jesus. If Zoroastrianism and Christianity have both spread individually to at least two nations, the first nation that has both faiths present and has discovered the Monasticism technology will create Manichaeism.

How To Found A World Religion With Clerics

If you're playing with randomized families, any nation with Clerics can found a World Religion in this way.

How To Use Disciples 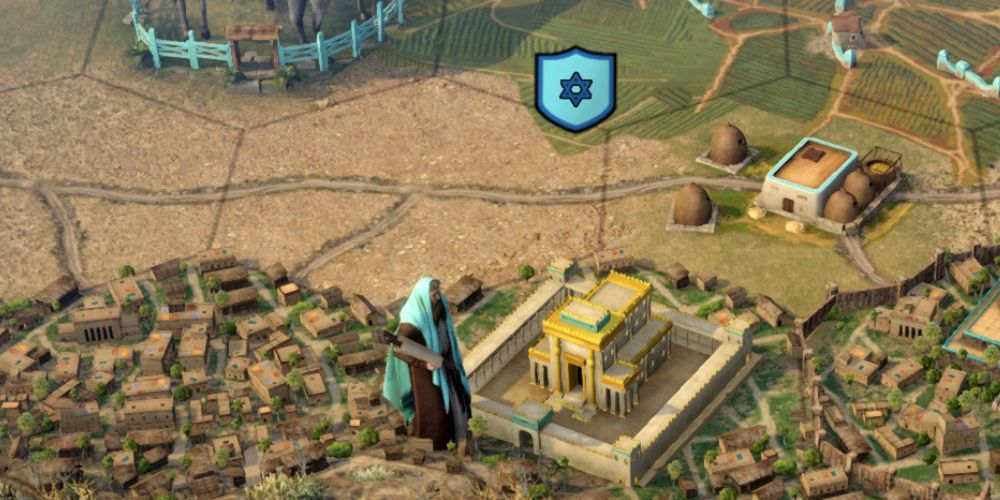 When a World Religion is present in one of your cities, that city can produce Disciples. Disciples can spread their Religion by entering a city's territory and using their ability, after which they are removed from the game. Any number of Religions can be present in a single city, and adding one doesn't remove any others that are already there.

Cities are affected by the theologies of every Religion that has a presence within them whenever applicable. Additionally, the opinion of each present Religion of the city's owner will impact the city's gain or reduction in Unhappiness.

If a Disciple belongs to their controller's State Religion, they can modify the Religion by amending it with a theology. Like spreading the faith, adding a theology removes the Disciple from the game.

Theologies are grouped into three tiers, and a Religion can have one of each. A Religion must have a tier-one theology before it can have a tier-two theology, which in turn is a requirement for tier three.

If two nations have the same State Religion, the first one to use a Disciple gets to pick the next theology. More than one Religion may have the same theologies.

When they aren't strengthening and spreading their faith, Disciples can construct religious buildings in any city where their Religion is present. This is done the same way a Worker builds improvements, and does not consume the Disciple when finished.

By default, religious buildings all provide the same bonus regardless of the faith to which they belong, but their traits will change based on their Religion's theology.