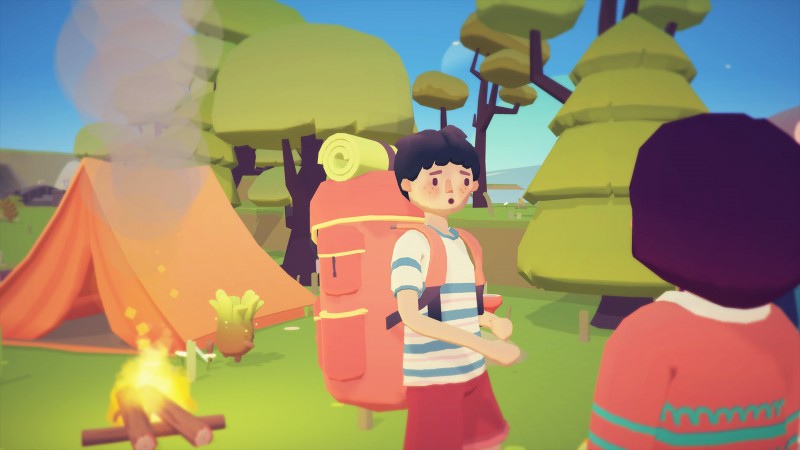 Last week, the developers at the two-person studio Glumberland announced that they would be bringing their upcoming adventure game Ooblets to the Epic Games Store rather than Steam on PC for a period of temporary exclusivity. While a Steam listing has been up for some time, the game has not actually been purchasable, and is coming to Xbox One still. This small game that never really garnered much attention has become the flashpoint for a larger culture war over developer decisions, the Epic Games Store, and the validity of consumer anger and entitlement.

On Thursday, the developers at Glumberland, a husband and wife team made up of Rebecca Cordingley and Ben Wasser, put up a blog post announcing the Epic Games Store exclusivity. Knowing that exclusivity deals, especially to EGS, tend to anger PC gamers for oftentimes a variety of reasons, Glumberland hoped to kill the controversy with kindness ahead of time. They pair put up a blog post explaining their reasoning, citing that the money Epic was offering for exclusivity could help them make the game without stress and hire on more people to help out their beleaguered contracted programmer. The post was tongue-in-cheek and appeared to try to speak to people upset about Epic Games Store but willing to engage the argument in good faith, a seeming miscalculation in retrospect.

In one reddit post, a user called the explanation “condescending and disgusting,” explaining that they felt insulted as consumers. “This is about more than just downloading another launcher,” another post read, referring to the part of the developer update that suggested Glumberland had full faith in their base to download the Epic Games Store client. The line was exhibit A in stoking fan anger over what was determined to be a glib and dismissive attitude from the developers.

What ensued was a massive wave of hate and harassment over the decision to become exclusive to the Epic Games Store and what the harassers were labeling as commensurate reaction to the developers’ attitude. The game’s Discord channel became flooded with people questioning the developers, screencapping their responses, sending them death threats, and even editing and wholesale creating faked images. At one point, Wasser took to Twitter to explain that, despite a screenshot circulating around, he did not say that “gamers should go to gas chambers.” A video was created to back that screenshot up, which itself was also false.

The responses to the tweet informed Wasser that they either did not believe his claims, or that the screenshots were believable because of his attitude, and thus were still ultimately his fault. It seems unlikely that most of these responses were from people eagerly anticipating the game — the developers’ Patreon had 1100 patrons, while the Steam discussion boards before the August exclusivity announcement had 72 topics from when it launched in June 2017.

Earlier today, Wasser released a Medium post explaining what he and Cordingley were going through over the weekend since the announcement. Just a general content warning: Wasser posts some examples of the harassment they have been receiving and much of it is not family-safe as it includes death threats, racism, anti-semitism, and more. In the post, he explains that he understands frustrations with the Epic deal, he does not understand the anger over it, or why it has escalated to this level.

Epic themselves have come out in support of Glumberland and are standing by the developer, condemning all the harassment over not just Ooblets, but over the general tone whenever a game becomes exclusive to the store.

“The announcement of Ooblets highlighted a disturbing trend which is growing and undermining healthy public discourse, and that’s the coordinated and deliberate creation and promotion of false information, including fake screenshots, videos, and technical analysis, accompanied by harassment of partners, promotion of hateful themes, and intimidation of those with opposing views,” Epic said in a statement released on their website.