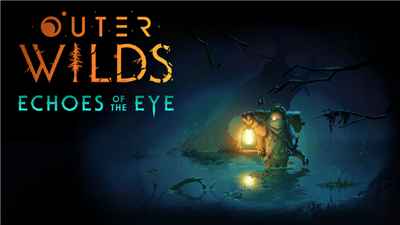 Outer Wilds from Mobius Digital is a phenomenal space program adventure that was met with positive reviews and excitement for the future of indies. The universe is constantly evolving, changing, and every mystery reveals ten more just beyond it. Because of this freedom, this exploratory wonder, a new Outer Wilds experience is on the way. During the Annapurna Interactive showcase, a first for the publisher, new Outer Wilds DLC has been revealed called Echoes of the Eye.

The newest adventure begins with a strange satellite photo that can’t be explained and a question emerges: is it better to uncover all of the mysteries that the universe holds, are is some knowledge better left alone? Secrets like who build the alien ruins on the moon and what secrets does the ominous Dark Bramble old. The Echoes of the Eye expansion takes that adventure one step further when the Hearthian space program finds an anomaly that has no tangible traces to the galaxy we know, something new entirely.

See what Echoes of the Eye has in store with the reveal trailer below:

Interested but haven’t delved into the Outer Wilds experience yet? “At the end of it all, I admire a lot about Outer Wilds,” reads our full review. “The entire world operating on that 20-minute timer is a fascinating theatrical accomplishment of craftsmanship, but I find it more fun to think about than to play. A lot of ideas linger here, some of them beautifully executed, others slipshod and pushing against each other. I love roaming inside the bellies of mysterious planets, but don’t like how the urgency of the timer undercuts my exploration. I have left Outer Wilds’ galaxy feeling as much exhaustion as satisfaction, but also with a list of several enchanting interstellar moments.”

Echoes of the Eye is expected to launch on September 28, 2021 for PlayStation 4, Xbox One, and PC players through Steam and Epic Games Store.