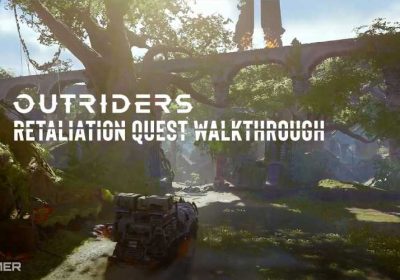 Retaliation is one of the shortest quests in Outriders. On your way to the Anomaly, you’ll come across a group of Kang’s Fighters. Before you proceed, you’ll need to take them out. They’re located in some ruins not far from your truck.

That’s it. There’s not much in the way of plot or objectives to this quest, yet there are quite a few chests and enemies for you to loot. Considering what the last quest put you through, that’s probably for the best. Equip your best gear, remember to mod your items, and allocate your skill points before taking on this mission. 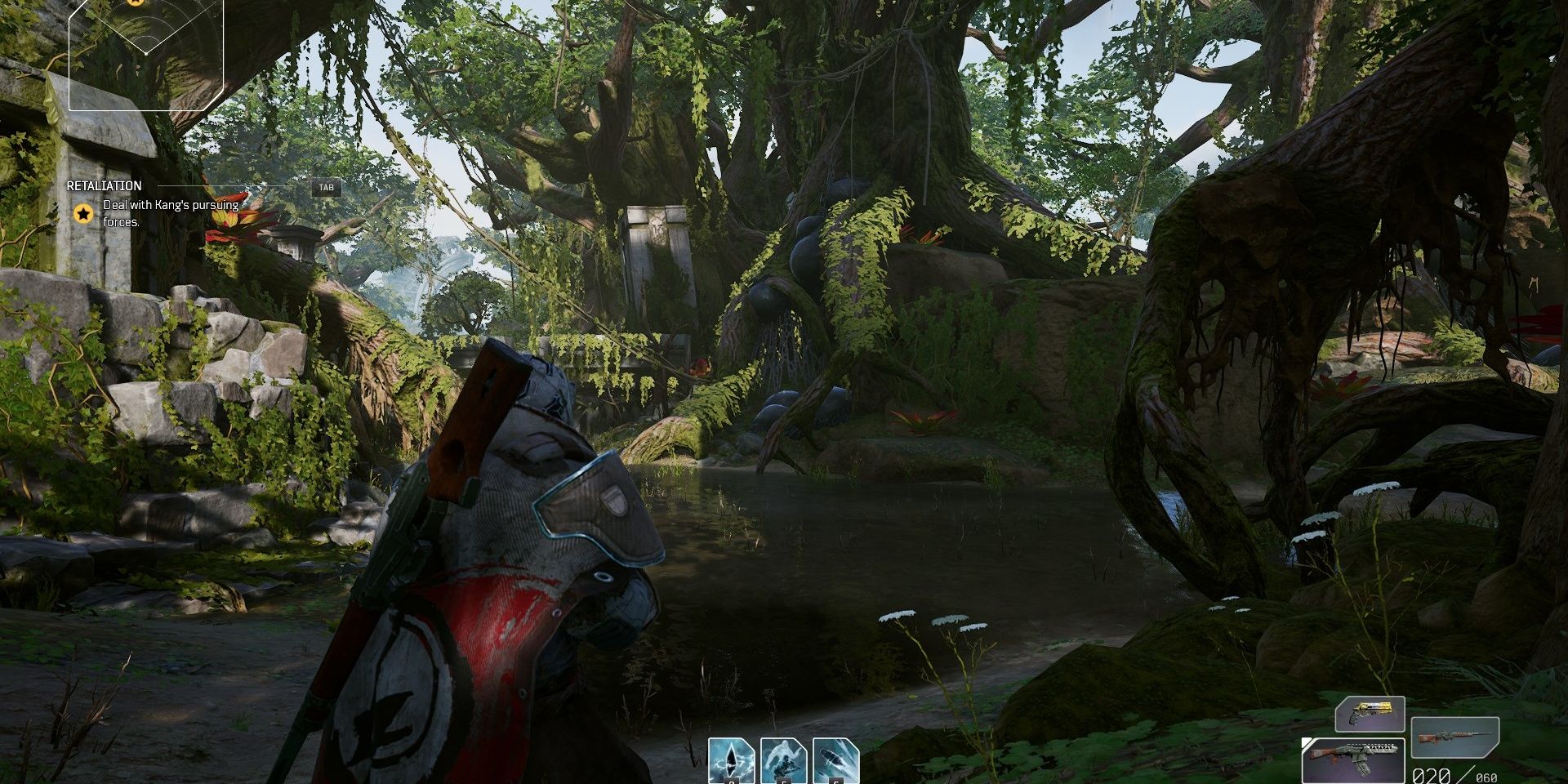 Before you can continue on your journey, you’ll need to take care of a small group of Kang’s Fighters stationed next to your truck. The waypoint on your minimap will guide you in the general direction of the camp. Run down the path that leads to a massive tree, then head left to find the camp. 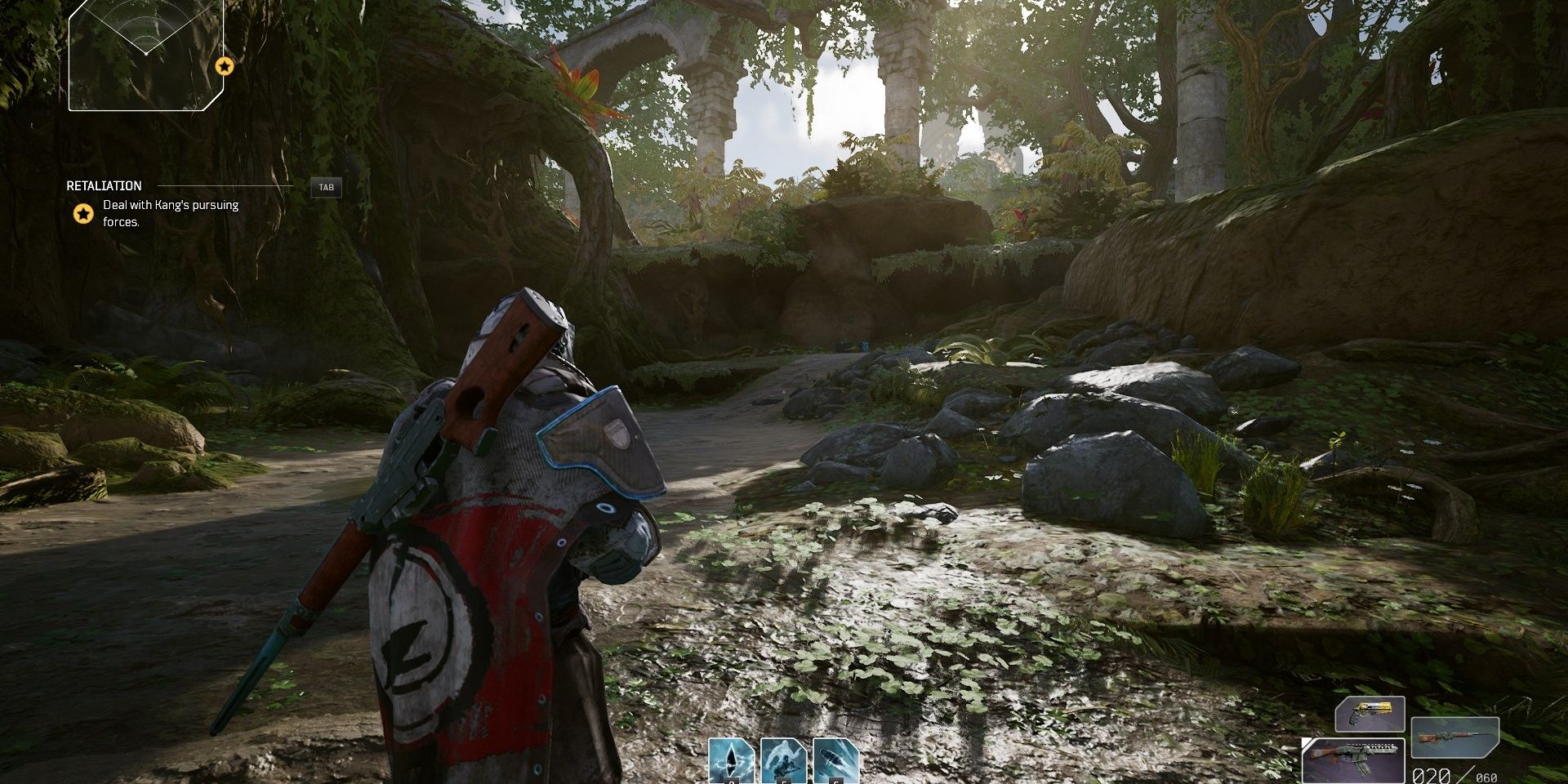 When you reach the tree, turn right instead of left. The chest will be at the end of the path. 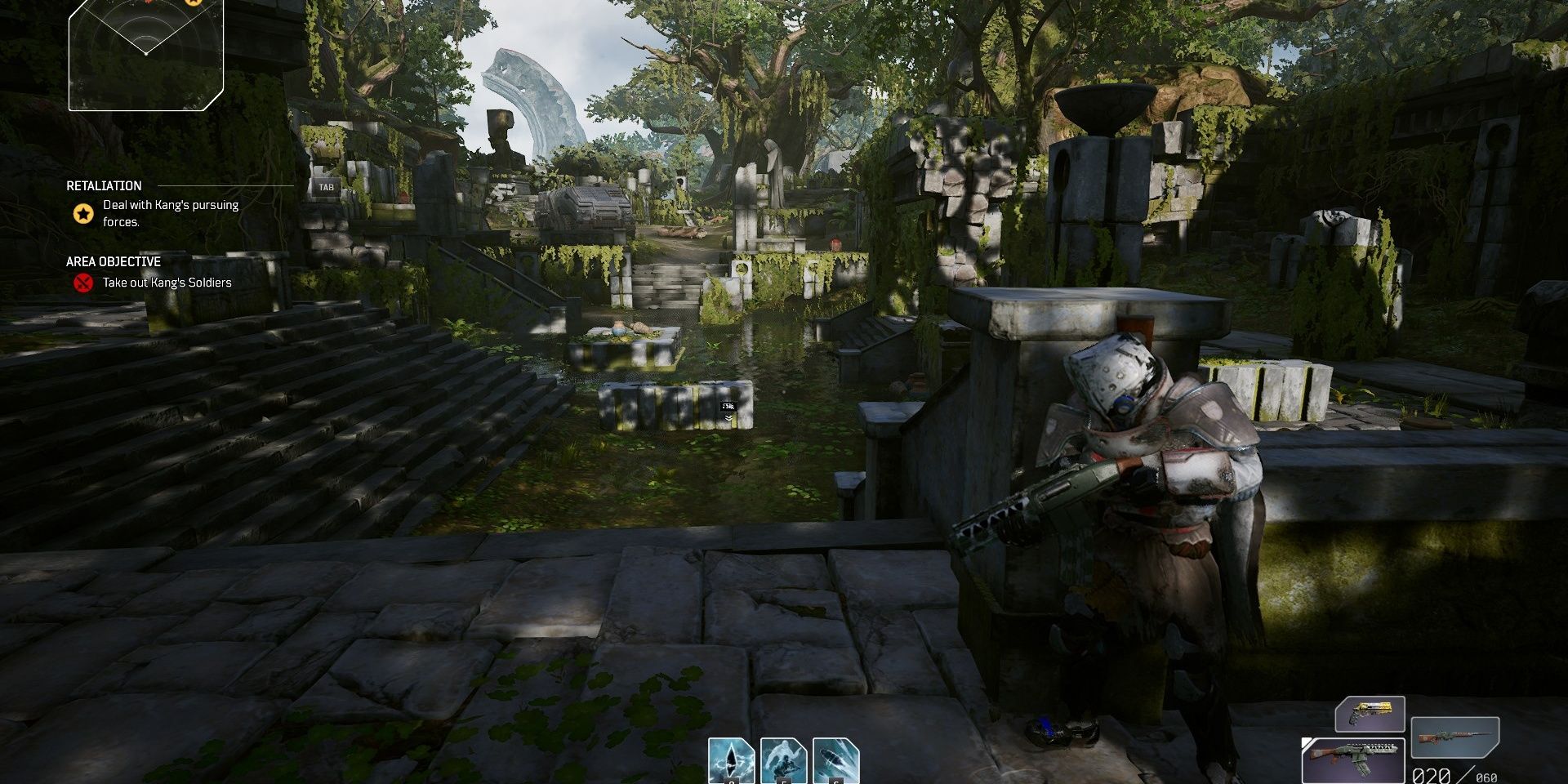 A vehicle will drive past you as you reach the camp. Despite signs of Kang’s Fighters being in the vehicle, there’s no one inside the vehicle when you arrive.

The sightlines in this area are quite long, giving Technomancers and Pyromancers a great environment to use their abilities in. You’ll only have to fight against fodder enemies here, nothing particularly dangerous. Just keep an eye on your Health if you play aggressively. 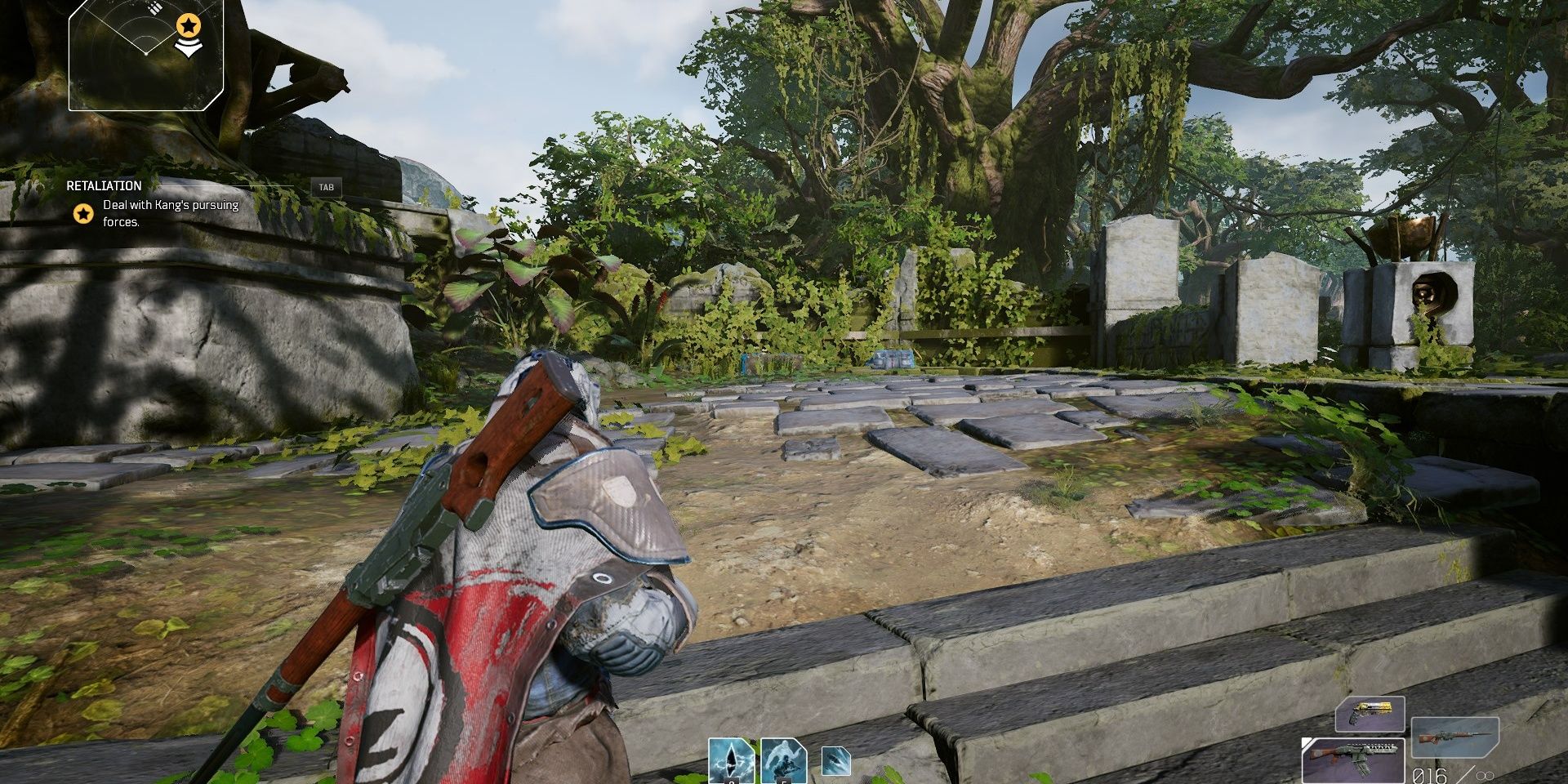 A chest can be found on the stairs left of the exit. 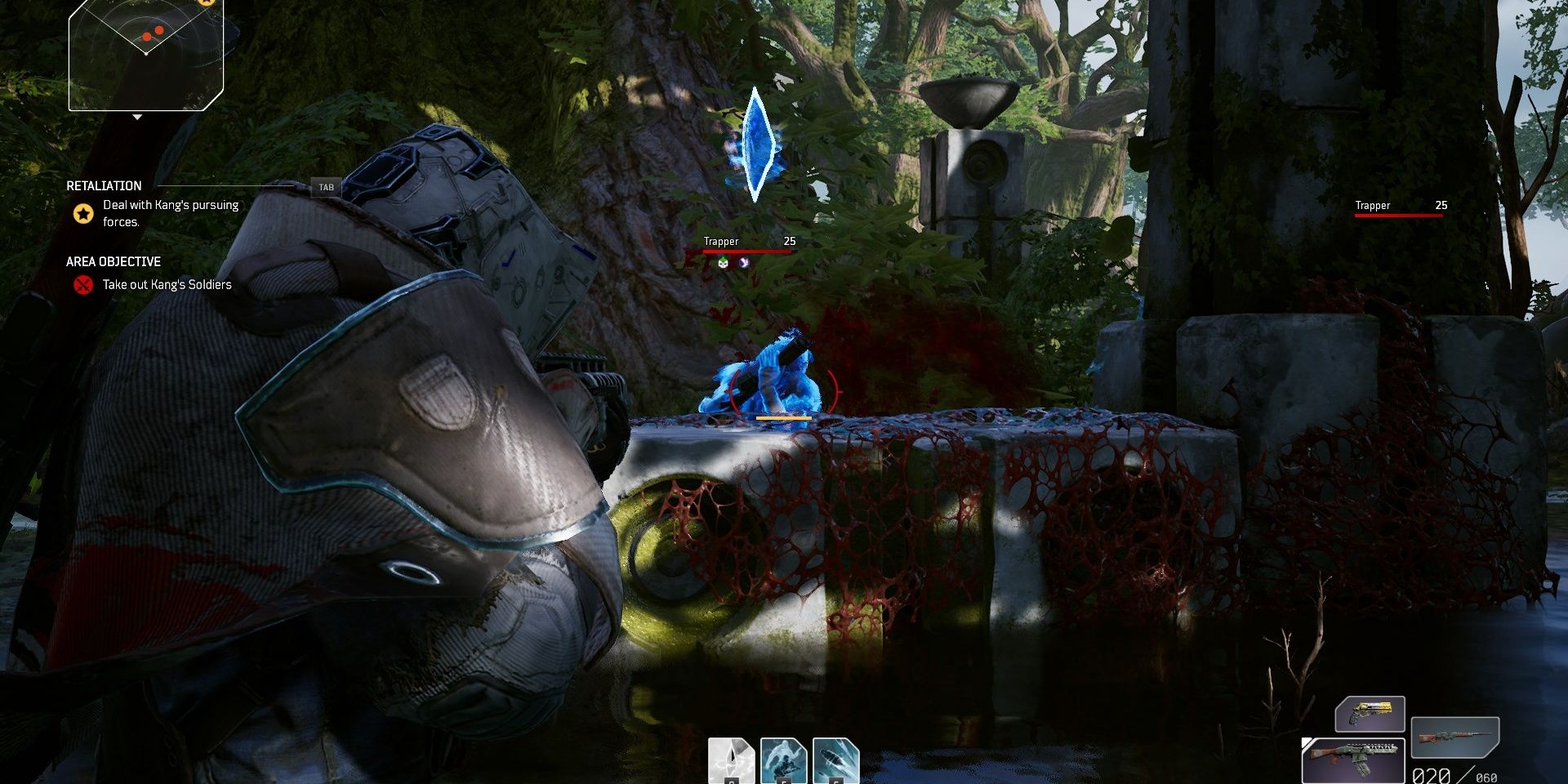 Push up towards the massive tree. They’ll be a few Trappers and Amazons that will rush your location—nothing particularly dangerous at this point. If the melee units get the jump on you, use a melee attack to prevent yourself from getting stunlocked. 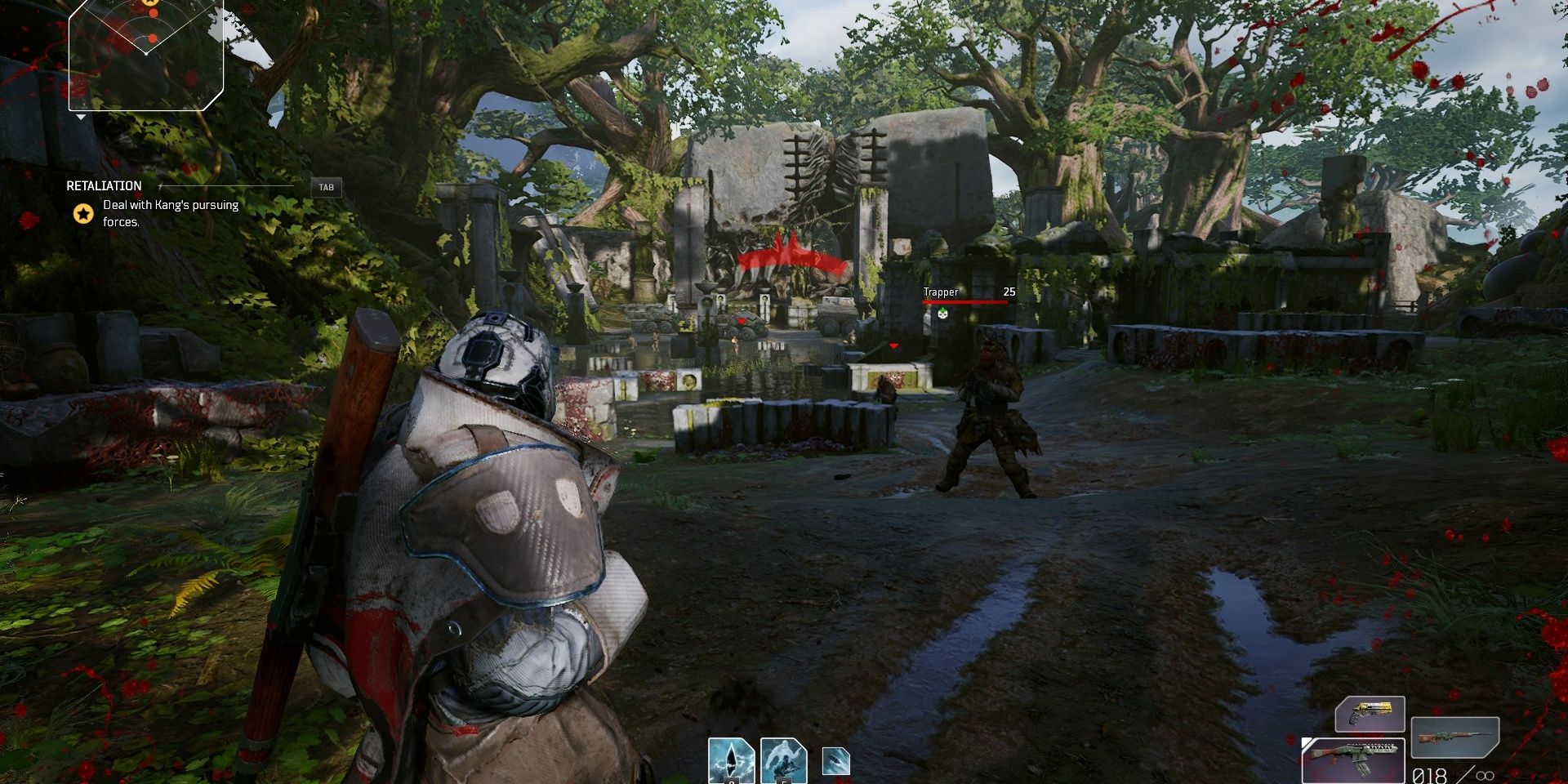 Push through the ruins, killing all of Kang’s Fighters as you move up. Try not to use any of your abilities, as two Elites are stationed near the end of the area. 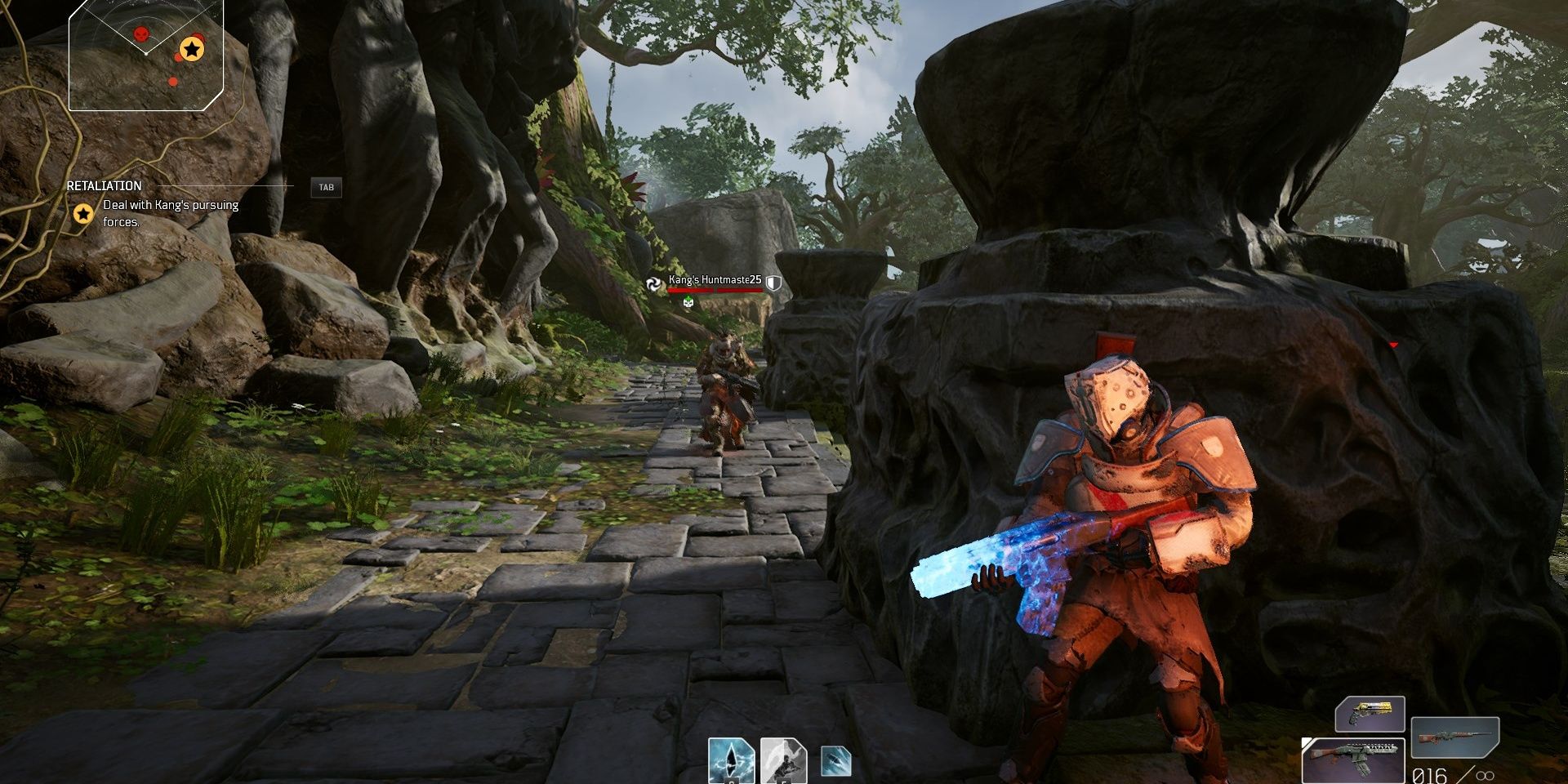 The first Elite—and arguably the most dangerous—is a Kang’s Huntmaster at the very back of the ruins. They’re a reskinned variant of Captains, utilizing Anomaly skills and weapons with equal mastery. Nuke its health bar with your abilities and weapons, meleeing the Captain whenever they attempt to use an ability. 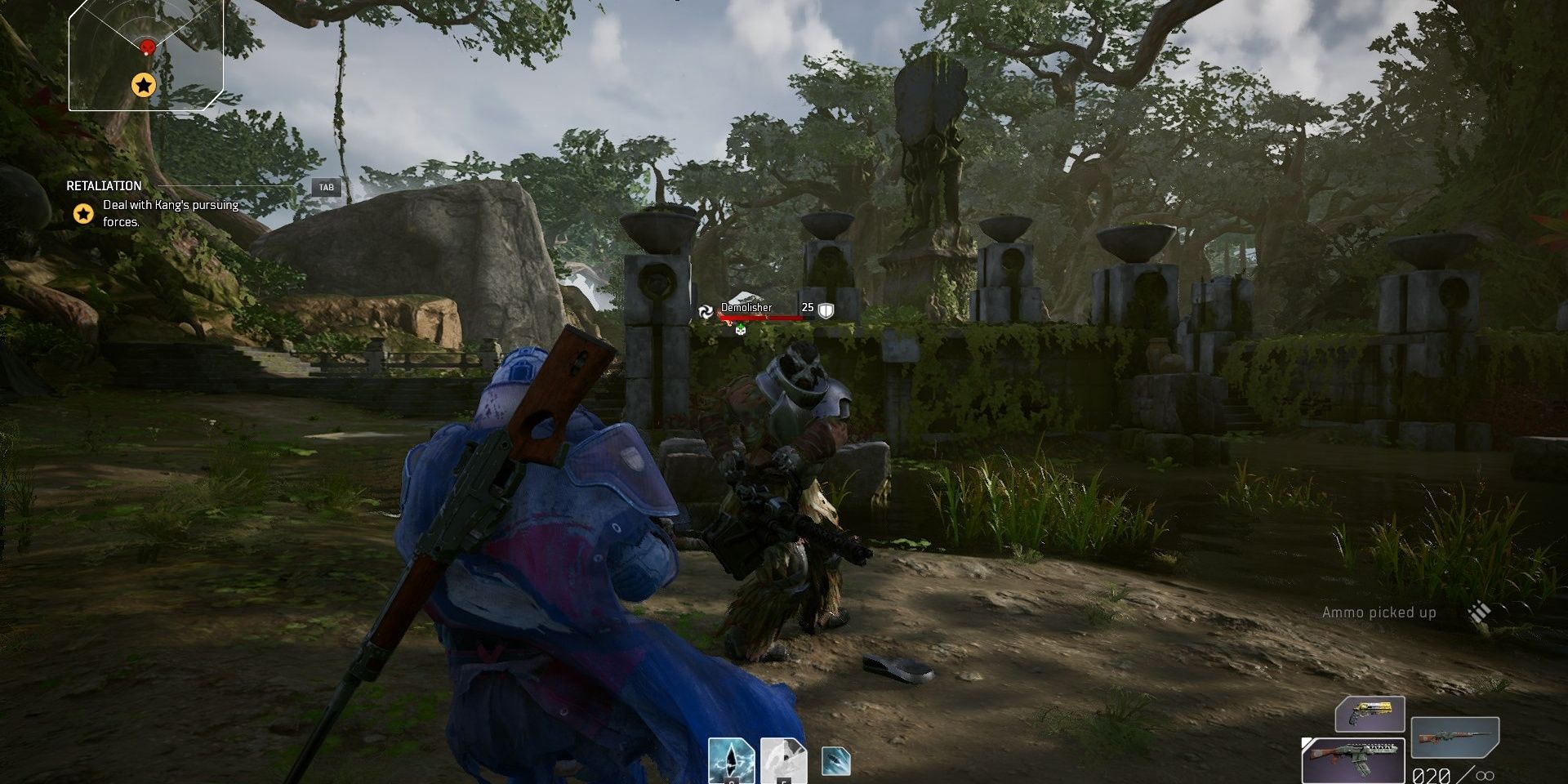 You’ll find the second Elite near the parked vehicles. This enemy is a Demolisher, which is just a reskinned Ironclad. A swift melee attack will strip his armor, causing him to take much more damage from your weapons. Kill the Demolisher and remaining fighters to finish the quest. No, really. The quest is really that short. 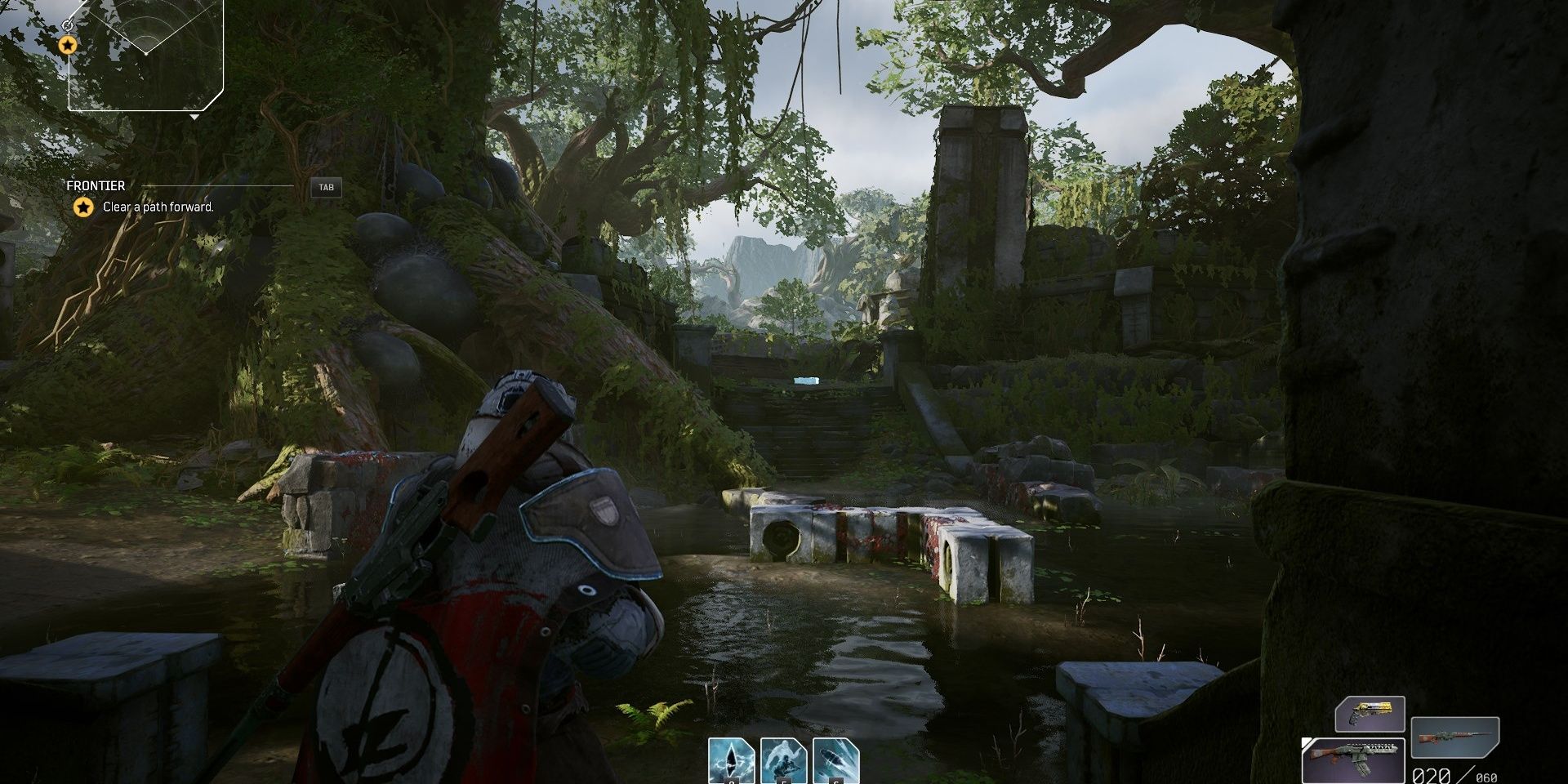 After you run past the massive tree, turn left to find a staircase leading to a journal entry and a chest. 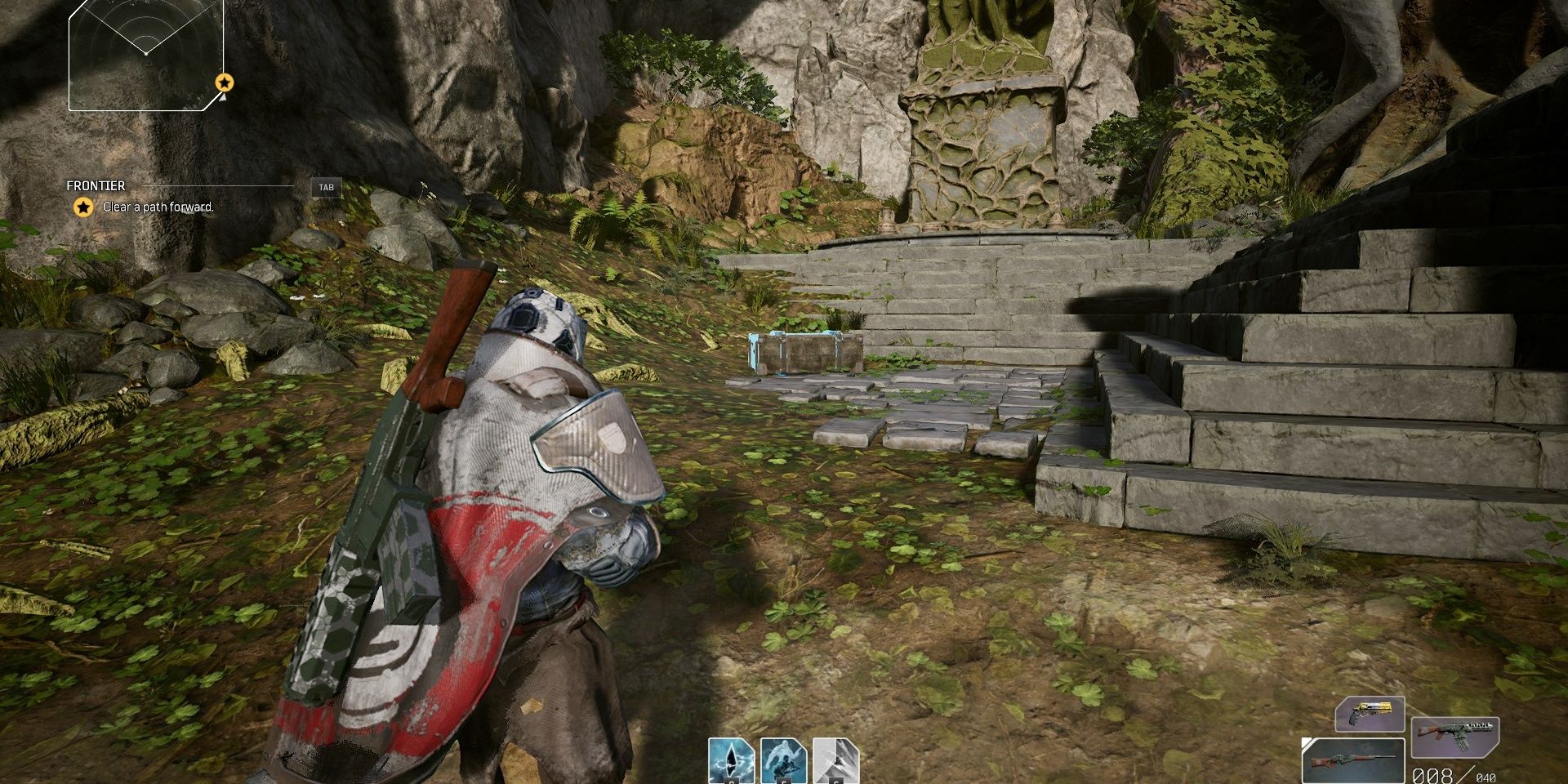 This chest is in the back-left corner of the arena, resting beside the stairs leading to the Kang’s Huntmaster. 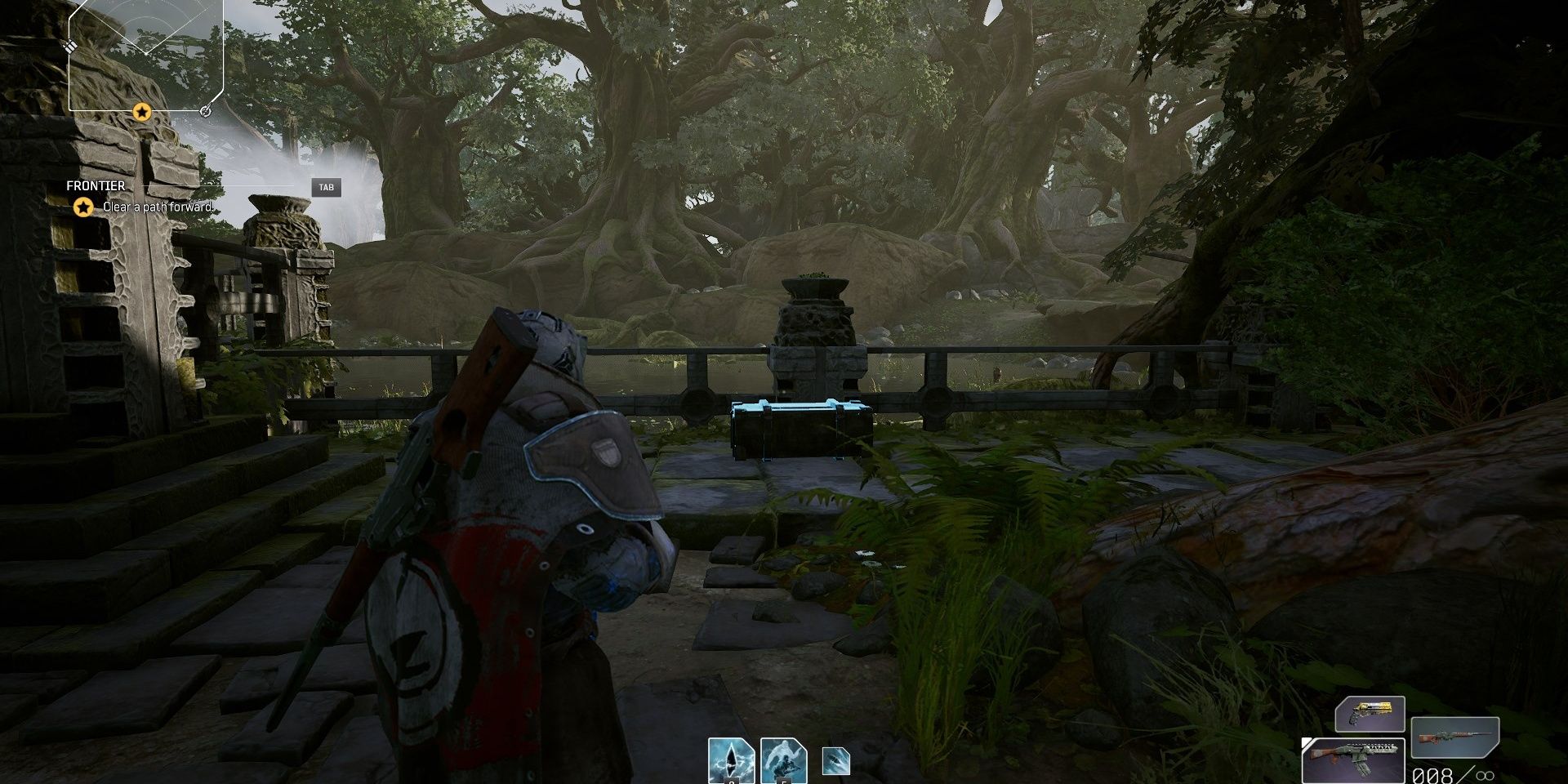 Run to the far right part of the arena. You’ll find the chest next to a railing and some nearby foliage.