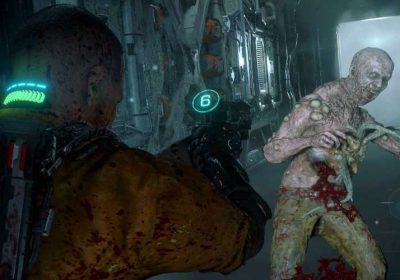 Just over an hour and a half of gameplay footage from The Callisto Protocol has leaked, giving us our best look yet at the game's title screen, introduction, and a whole lot more.

First spotted by Vandal_Bandito over on the GamingLeaksAndRumors subreddit, a Polish YouTuber by the name of Waleczny Bigos has uploaded several videos to their YouTube channel. These videos can all be viewed in 4K, are recorded in English with Polish subtitles, and show off half an hour of gameplay footage each. Waleczny Bigos currently has a playlist of videos capturing their playthrough of The Callisto Protocol, with five more videos in the playlist currently hidden from view.

From what the videos show, The Callisto Protocol looks to be an incredibly polished title, as the game is running at a steady 60fps and all of the locations in them look extremely detailed. There are a few hiccups in certain animations, although it's likely this footage is being captured before downloading the day one patch.

Given that The Callisto Protocol's release date is just around the corner on December 2, it's possible this could have been a YouTuber that's been given an early copy and has broken an embargo. It's also possible the game could have accidentally been shipped out early, although its pretty unlikely over a week from release. In any case, it probably won't be too long before the videos are taken down, so get your fill while they're still up. Either that or avoid them like the plague if you're wanting to go in completely fresh.

In other Callisto Protocol-related news, developer Striking Distance hs cleared up the recent controversy surrounding the game's death animations that are being introduced in the Season Pass. Fans thought that these animations were already developed and were being locked away from the main game, but Striking Distance CEO has explained that these animations aren't being held back, and that the team hasn't even begun work on them just yet.