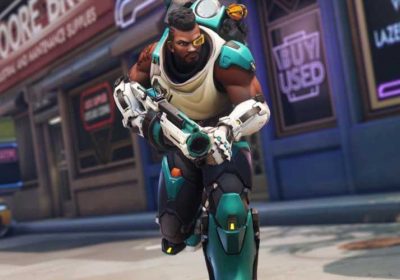 Be careful where you shoot Baptiste's signature immortality field – because it might not even bother to deploy. Overwatch 2 players have found that a bug is causing the immortality field to disappear into the void, wasting a move on a staggering 25-second cool-down once deployed.

As documented in a compilation below, there are several parts of the map where you absolutely shouldn't use the field, as it will simply not work. For some reason, it fails to bounce off the wall as it should, and either falls through it or disappears entirely. It's not clear what issue is causing this, but it could be a problem with the collisions at certain points of these maps, as it seems to be especially prominent in more complex areas.

As documented by Reddit user Analyzor over in r/Overwatch, there are many scenarios that will cause Baptiste's best ability to just… not work. Whether it's throwing it at the Push robot or accidentally lobbing it at a forklift, the immortality field is proving to be temperamental at the very least.

Having quickly hopped on Overwatch to put this bug to the test, I can confirm that certain areas of Busan were not immortality field-friendly. It's not clear if Blizzard is aware of this issue right now, but it's getting enough attention on the subreddit that it could very well come up on its radar.

Many in the replies – especially Baptiste mains – want to see this bug fixed as soon as possible. Although unlike what we saw with Mei, Torbjorn, and Bastion, they're hoping he won't have to be removed from the roster for two weeks to make this happen. Season 2 starts tomorrow in any case, potentially freeing up some dev time for fixes such as this, or even coming with the bug fix in hand. In the meantime, maybe go easy on your Baptiste mains, yeah?