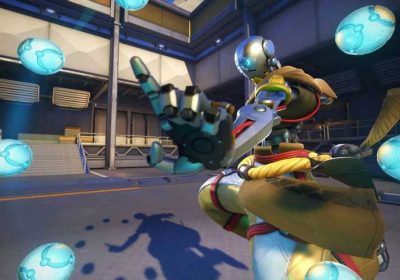 Overwatch 2, like most competitive shooters, is a hectic game. There’s a lot of moving parts, a lot of things to keep track of, and losing focus for even a moment can mean the difference between victory and defeat. It’s a hard game to master, which is why coaches like Jacob "Spilo" Clifton are here to help.

In an interview with Polygon, Spilo revealed his holistic approach to coaching in Overwatch 2. Spilo started coaching in Overwatch after falling in love with the game back in 2017, first starting out with informative YouTube videos before taking a more one-on-one approach to helping people get better at Blizzard’s hero shooter. Spilo has a ton of experience in teaching, having tutored mathematics, taught high school gymnastics, and was even a head instructor for an all-ages MMA school. He’s also a pretty great Overwatch player in his own right, but he’s an even better coach, going way deeper than just the core mechanics of aiming and positioning.

Spilo coaches every level of Overwatch player, from the lowliest Bronze-tier to the best players in the Overwatch League. Everyone can sign up for a personal one-hour session with Spilo, but it’s making personal breakthroughs that are most important.

"Some players have a lot of issues with who they are as human beings, right? And they need help with that, too," noted Spilo. "I guess that my job in that short hour is […] to try and find out what’s going to have the most impact on them. Even if they walk away from the session, and they don’t rank up at all, but I’ve made them think about who they are as a person, I just find that so much more satisfying than anything else, to be honest with you."

Head over to Polygon to read the full interview, and check out Spilo on his YouTube channel here.