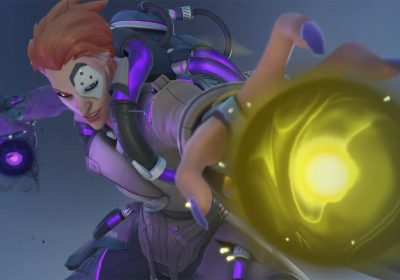 Overwatch 2 has received a mini update including buffs for several characters ahead of a larger patch coming later in January. Junker Queen, Zarya, Brigitte, and Moira have all been buffed in different ways, much to the despair of everyone out there pulling their hair out over players using Moira as a DPS.

Junker Queen is the Hero that the majority of the patch seems to focus on, as she has receieved several buffs to a few abilities. For example, Adrenaline Rush will now heal for the remaining wound damage whenever an enemy dies with wounds. The cooldown for Carnage has also been shortened by 2 seconds for every opponent the ability impacts, and Jagged Blade's thrown impact has been reduced from 80 to 50, but direct impacts will now add a 30 damage wound that can stack.

It's much smaller buffs for the rest though, as Zarya's energy degeneration has been reduced from 2.2 to 2 per second and the delay after energy has been gained has been increased from 1 to 2 seconds. Brigitte gets a very simple buff to her health which has been increased from 250 to 300, while Moira will now restore a small amount of Biotic Energy when damaging opponents with a Biotic Orb.

If you're looking at these changes and wondering where on Earth the promised Roadhog nerf is, Overwatch 2 director Aaron Keller has already stated that his "soft rework" will drop later in "mid to late January." If there are any other Heroes you think need a little buff or nerf, you'll just have to cross your fingers and suffer for a little longer.