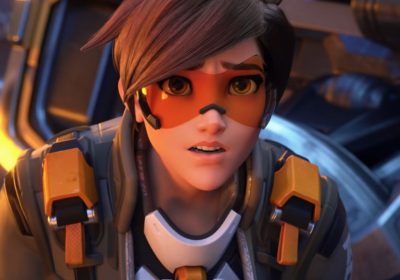 Overwatch 2's latest update made some fixes but may have also introduced a bug. Players have noticed that Tracer's damage output has received a huge buff, although since it goes unmentioned in the patch notes, it's quickly become apparent that this is actually a glitch.

As a result, some players are noticing that Tracer mains are being reported, accused of cheating for picking Tracer while she's in this state. Blizzard has acknowledged the problem, confirming that the buff wasn't intentional. However, the devs won't be removing her from the game while they fix this, feeling that it doesn't give her too much of an unfair advantage.

The issue pertains to the damage dealt by Tracer's dual pistols. She does more damage the closer she gets to the enemy, rewarding Tracer players for making risky moves in the middle of a fight. However, since a new update, her damage hasn't decreased after 20 metres, making it a lot easier to mow enemies down from a safer distance.

While some had hoped this was actually a quiet buff to Tracer's kit, it turns out it wasn't intentional at all. "We’re currently investigating and planning to address this bug in a future patch," says a dev in the Overwatch subreddit. "However, this has seemingly been in the game for the last few builds, and while the sharp damage drop-off for Tracer is definitely a bug, her overall power level has been ok."

They continue, giving Tracer fans some good news at least. "We are not planning to disable Tracer, and when we fix the bug, we will also look at additional changes to her kit to compensate."

However, even with Blizzard confirming that it doesn't see the buff as significant enough to warrant removing her from the game, that hasn't stopped some fans from going after Tracer players. According to Reddit user Chaotic_Angel, Tracer mains are getting reported by their opponents, accused of cheating by exploiting a bug. Obviously, Blizzard has made it clear that it does not consider this to be cheating, but enough reports could land the players in trouble regardless.

It doesn't sound like this is a top priority for Blizzard right now, so we can probably expect the fix to come with the next character rebalance update. This is scheduled for season 2, which starts December 6. So enjoy yourself while you can, Tracer mains – you'll be back to having to get right in your enemy's face before long.