Overwatch 2’s Heroes Will Be Unlocked Through The Battle Pass 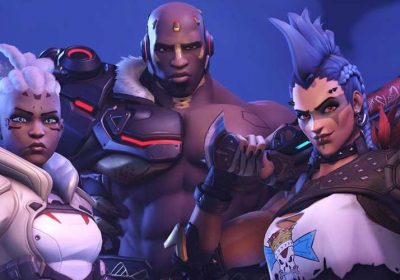 Overwatch 2 is on the way, and unlike the first game, new heroes will need to be unlocked. There was some confusion as to how exactly that could be done as a recently leaked battle pass made it seem like new heroes would need to be purchased, but a Blizzard employee has confirmed that new heroes will be available for free.

"Addressing some incomplete info posted early about our Overwatch 2 Battle Pass – we'll be sharing all details ahead of launch, but want to confirm that new Overwatch 2 heroes will be available on the free track of the Battle Pass," wrote Jon Spector, VP and commercial leader for Overwatch over on Twitter.

Earlier this week, a description of Overwatch 2’s battle pass leaked online and started spreading on social media sites like Reddit and ResetEra (thanks, GamesRadar). "With the Season One Premium Battle Pass you can unlock eight tiers of rewards including Mythic Cyber Demon Genji, Legendary Hinotori Kiriko, and more," reads the description. "In addition, as a Season One Premium Battle Pass owner you will automatically receive access to Overwatch’s latest hero Kiriko!"

Overwatch fans were concerned that this meant new characters would only be available if you purchase the battle pass – a distinct departure from the original game where new heroes would be available to all. Spector's clarification makes it sound like battle pass owners will get instant access to new heroes whole free players will need to unlock the hero through play.

One Overwatch player asked the obvious question then–what happens to new characters if players don't unlock them during the season? Not to worry, as Spector addressed this concern as well. "We will have free paths to get new heroes in future seasons too."

Speaking of that new character, Kiriko has leaked ahead of any official announcement from Blizzard. An unfinished cinematic showcased Kiriko's abilities, which seemed to include summoning a spirit fox, teleportation, and a self-heal. Expect Blizzard to release more details ahead of Overwatch 2's release on October 4.