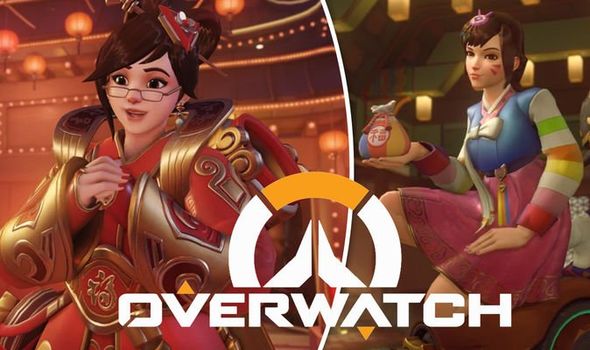 Overwatch developer Blizzard is getting ready to hold its annual Chinese New Year event, just a few weeks removed from its Christmas extravaganza. Celebrating the Year of the Rat, the Overwatch Lunar New Year event for 2020 is coming to PS4, Xbox One, PC and Nintendo Switch very soon. Read on to find out more.

While Blizzard is yet to make an official announcement, fans have a pretty good idea about what to expect based on previous years.

The actual Chinese New Year celebrations officially begin on Saturday, January 25 – which is less than two weeks away.

With Overwatch events traditionally beginning on Tuesdays or Thursdays, the Year of the Rat tie-in could begin as early as Thursday, January 16 at 6pm UK time.

If there’s no sign of the event on Thursday, then it will almost certainly begin on Tuesday, January 21 at 6pm GMT.

Of course, Blizzard could throw a major curveball and stealth launch the event before then, so stay tuned for more information.

In the meantime, check out the list below for a look at previous Lunar New Year release dates, which should give you an idea about what to expect.

The Chinese New Year event will coincide with the release of new and returning seasonal items.

This includes limited-timed sprays, emotes and voice lines, as well as a host of Lunar New Year skins.

It’s the perfect chance to unlock any event skins you may have missed from previous years, such as Rooster Bastion, Firework Junkrat, Fortune Mercy and General Brigitte.

New skins will be revealed in the build up to launch, so check back for a look at the new outfits coming to Overwatch.

Lijiang Tower will also get a makeover for the duration of the event, while there’s a chance we’ll see a new Competitive Capture the Flag mode.