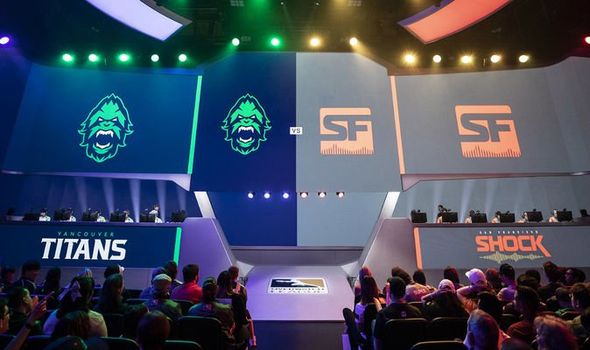 Following an impressive record in the stages and beyond, The San Francisco Shock has been backed to emerge victorious from the 2019 Overwatch League Grand Finals.

But as many fans who watched last year will know, a lot can happen during the final matchup of the OWL, and the Vancouver Titans are not being written off.

One of the great things about the Overwatch Lague and eSports, in general, is that it’s straightforward to tune and watch. The OWL finals kick off on Sunday, September 29 and looks set to feature two highly competitive teams.

The San Francisco Shock and Vancouver Titans will face off at the Wells Fargo Center in a first-to-four-map series. The winning team will take home USD $1,100,000 and the Overwatch League championship trophy.

The Overwatch League Finals will begin at around 3pm EST, or 8pm BST if you live in the United States. It will be in front of a sold-out crowd, with around 12,000 fans expected to be in attendance.

And as mentioned above, it’s easy to tune in and watch the action for however long it goes on for. The 2019 Grand Finals will be livestreamed on Twitch and broadcast in the U.S. on the ABC network at 3 p.m. ET.

It will also be available on the ESPN app, overwatchleague.com, and the Overwatch League app. Full VODs will be available after the event.

And there will also be a ton of influencers and journalists covering the eSports action from the event, meaning plenty of social media updates during the day.

Another great reason to tune is for the free stuff being made available by Blizzard for OWL Finals viewers.

By watching from home, you can earn sprays just by watching the action unfold this weekend. As part of the Grand Finals celebration, you can earn exclusive in-game benefits, including two sprays, a player icon, and double League Tokens.

As ever, these items will be cosmetic in nature and won’t give you any kind of in-game advantage.

Here’s how it works:

Another great reason to tune is for the drama that looks set to unfold between the two teams. While the Shock is going in as favourites, many are still backing the Titans for a shot at glory.

Both teams have star-studded rosters and a recent history of success, not to mention the ongoing meta trends playing to their advantages. Many believe it will come down to a few small plays throughout the course of the match to decide the champion of the 2019 Overwatch League season.

Here are more details from behind that idea from broadcaster Robert “Hexagrams” Kirkbride:

“The Shock rely on playmakers from the support line to the tank role, and then of course upfront with their damage dealers. I think we know exactly what we’ll get out of Moth and Viol2t, but the questions remain for Choihyobin and Sinatraa. Choihyobin, on the Sigma role, needs to get value out of his ultimates and Accretions. He has the ability to turn fights. Which Sinatraa will we see? The tentative Sinatraa who doesn’t die much but also doesn’t do much, or the in-the-zone, nothing-but-net Sinatraa we saw against the NYXL? This is a key in early maps.”

“Vancouver is a team with a strong mental game. They’ve been in championship matches before, but not at the Overwatch League level, and not in a stadium as packed as Wells Fargo Center will be. Calming nerves and winning early maps is going to be key for Vancouver. Their win condition is twofold: study and adapt. Because Vancouver doesn’t make many in-game roster swaps, they need to know what San Francisco is going to do, and there is plenty of film on the Shock. Second, they need to know when to adapt, something even the top Overwatch League teams can fail at sometimes. In short, they need leadership in order to win, because it is doubtful the Shock won’t show them something new.”