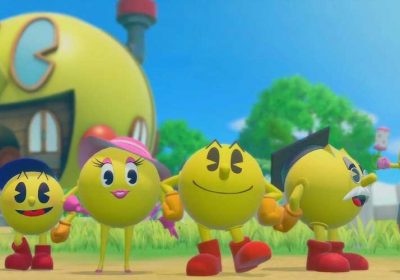 Pac-Man World: Re-Pac launched back in August of this year, a remaster of the late '90s platformer on current-gen consoles. However, the minds behind the original quickly noticed that they hadn't been credited in Re-Pac despite being responsible for the source material. Almost three months later, that has now been rectified.

An update that has now gone live has added credits for the team that worked on the original game. Confirmation was shared by game designer Scott Rogers (via Time Extension). “After months of campaigning, Bandai Namco has included the credits of the original Pac-Man World team in the credits of the Pac-Man World: Re-Pac remake,” Rogers tweeted. Rogers was a part of the team that worked on the original game and has led the campaign for himself and his colleagues to be credited in the remaster.

Rogers was the first to highlight that the OG Pac-Man World team was missing from Re-Pac's credits and quickly received a response from Bandai Namco. Despite that quick response, it seemingly took a lot more backlash before the studio would commit to making a change, revealing that an update was incoming in the first week of October. More than a month later, that update has finally been rolled out.

The creators of a game not getting the credit they deserve when that title gets remade or remastered is unfortunately not reserved to this one example. Similar situations occurred to Shadow of the Colossus and the Crash Bandicoot N. Sane Trilogy. That's despite the International Game Developers Association having guidelines in place stating the team who worked on the original game should actually be credited first.

The lack of credit for Pac-Man World's creators wasn't the only reason players were unhappy with Re-Pac when it launched. While most of the game remains the same, Ms. Pac-Man has been replaced with the lesser-known Pac-Mom. That's down to a confusing rights issue over Ms. Pac-Man which meant she legally couldn't be included in the remaster.