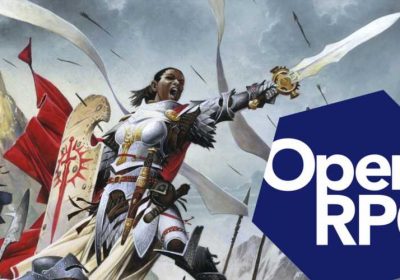 Paizo, the publisher behind Pathfinder and Starfinder, has announced that it has begun work on an "open, perpetual, and irrevocable" Open Game License, which it calls the Open RPG Creative License, in response to the recent controversy surrounding Dungeons & Dragons' OGL.

Last week, an io9 report suggested that Wizards of the Coast was updating the Dungeons & Dragons Open Gaming License in order to stop fans from creating unofficial RPGs, which led to over 26,000 signatures on an open letter opposing the new license. The new Open Gaming License could also affect tabletop games like Pathfinder, which was created off of the OGL, forcing them to stop sales unless they want to pay a 25 percent tax increase.

In response, Paizo has announced that it has "no interest whatsoever in Wizards’ new OGL" and is instead working on a new Open Gaming License, one that it calls the Open RPG Creative License, which will be built "system agnostic for independent game publishers". Paizo confirmed that multiple publishers have already signed on to the ORC in response to the rumours of the Open Gaming License changing.

In a blog post on the Paizo website, Paizo said, "Since 2000, the OGL has improved the community, incubated creativity, and grown the business of not only the licensees but the licensor. A stated goal of a perpetual and irrevocable OGL was to ensure the establishment and longevity of gaming networks and to drive sales to both."

Paizo also confirmed that it plans to continue supporting Pathfinder and Starfinder, saying, "Of course, Paizo plans to continue publishing Pathfinder and Starfinder, even as we move away from the Open Gaming License. Since months’ worth of products are still at the printer, you’ll see the familiar OGL 1.0(a) in the back of our products for a while yet."