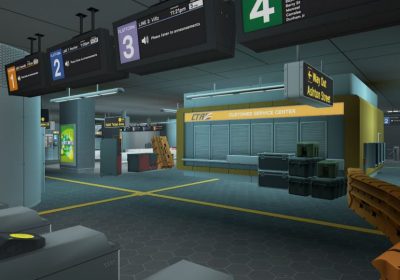 Pavlov developer davevillz announced that work on porting the original Pavlov’s Station map over to Pavlov Shack is almost finished, and that an update for Shack is “imminent.”

The map in question is Station, one of the default maps available on the PC version of the game. The developer tweeted news that work on porting the map was also done while including an image showing 6 different areas of the map running on Shack Beta for Quest.

Pavlov started its life as a competitive shooter for PC VR inspired by Counter Strike and other online military FPS games. However, in January 2020, Pavlov Shack Beta was released — a scaled-down version of the game, available for free on Oculus Quest.

The Shack Beta was initially only available on SideQuest, where it saw over half a million downloads. In April this year, Pavlov Shack made the move over to App Lab, which simplifies the install process compared to SideQuest and resulted in a 3000 player increase for Shack on its App Lab launch day.

The Station map update is far from the end for Pavlov Shack  — an official Oculus Store release is planned for Quest later this year, as well as the unreleased next generation PSVR headset. It will cost $24 and support cross-play between PSVR and Quest, but not with the original PC version of the game.

It’s not all just fun for Quest and PSVR owners though — according to developer davevillz back in March, PC VR Pavlov will get dynamic lighting and DLSS2 support “soon.”