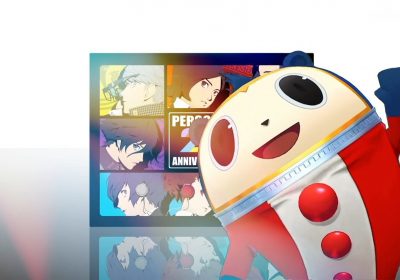 The announcement came as the last big reveal of The Game Awards 2021's pre-show. The port seems to be a straight translation of the original game, with no extra added bonuses at the moment. It's not clear if more content will be coming to the game, but if Persona 4 Golden is anything to go by, it's likely that it won't introduce any new content.

Persona 4 Arena Ultimax is currently up for pre-order on Steam for $29.99, although the release date is currently just listed as March 2022. The description says, "Ultimax Version – Includes all previously released Persona 4 Arena Ultimax content, including the original Persona 4 Arena story. A Deep Roster of Playable Characters – Persona 3 fan-favourites and “Shadow” versions offer a range of fighting styles to choose from. Dual audio – Choose between Japanese and English VO. Steam Achievements and Trading Cards".

Persona 4 Arena Ultimax is the first big announcement of Persona's 25th anniversary. Until now, we've just seen some new merchandise and anime-related projects, but it seems likely that more ports are coming.

Interestingly, a port of Persona 4 Arena Ultimax was rumoured back in July. The information came from Zippo, a leaker who had previously leaked Metroid Dread being at Nintendo's E3 and Sonic 3 & Knuckles being a part of Sonic Origins.