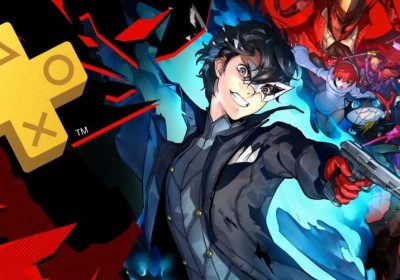 If you're looking for some great games to help kick 2022 into high gear, PlayStation has got you covered. The company announced on the PlayStation Blog today that Persona 5 Strikers, Dirt 5, and Deep Rock Galactic will available on PS Plus from January 4 to February 1.

PlayStation has officially confirmed the leak from last week, when French site Dealabs revealed Persona 5 Strikers, Dirt 5, and Deep Rock Galactic as potential PS Plus games to kick off the new year. Dealabs has been getting the leaks right every month since it started revealing the information in September, and this time it really hit the nail on the head.

All the games mentioned have released in the last year except for Deep Rock Galactic, the multiplayer first-person shooter that Ghost Ship Games released exclusively on Xbox One and PC, provided it runs on Microsoft Windows. That game, which has players working together as space dwarves to dig and fight their way through a cave system, will be making its debut on both PS5 and PS4 for the first time in four years.

The remaining two games in the lineup were previously released on the PS4, and they have proven to be the biggest hits of the pandemic era. While Dirt 5 will come with a free PS5 upgrade for subscribers who originally got the game for its predecessor, Persona 5 Strikers remains a PS4 download.

Persona 5 Strikers picks up where the original game left off, with the Phantom Thieves spending their summer vacation on a road trip across Japan and hacking and slashing enemies that continue to distort reality and imprison hearts of people residing in the cities they visit. If you played Persona 5 but not Persona 5 Royal, fear not – you'll still be able to follow the storyline without any confusion.

Dirt 5 presents players with a full course of 70 off-road routes to race in 10 locations with different climates around the world, including Arizona, Brazil, China, Greece, Italy, Morocco, Nepal, New York City, Norway, and South Africa. It also has various modes of racing, such as rallycross and ice-racing, the latter of which can only be done in New York City during the winter months, making Dirt 5 a perfect choice for a PS Plus.