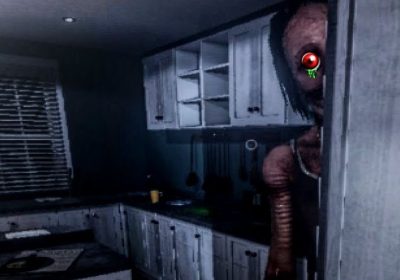 The developer behind the popular horror game Phasmophobia, Kinetic Games, recently responded to accusations of “housing a sex pest” on the official Discord server. The studio in question was quick to apologize for the incident, adding that following an internal investigation, measures have been taken to address the situation. The person at the center of contention, Charcoal Salamander, has now been banned after sharing nudes and making racist comments. The user previously held administrator privileges.

The allegations were made earlier today by a user on Twitter going by the name of CrownedCollider who noted how Kinetic is "housing a sex pest in their official Discord by keeping him admin and refusing to take any claims against him seriously.” CrownedCollider shared several screenshots of a conversation in which the Art Lead on Phasmophobia could be seen defending the actions of Charcoal Salamander.

“First of all, we would like to apologize for the way we have handled the situation, keeping the admin on for as long as we did and for the slow response, he should have been removed from his position and banned sooner,” Kinetic said in a statement on Twitter. “We are only human and we can only apologize for our mistakes. We will continue to strive to be better people than we were yesterday.”

Kinetic went on to describe the measures taken against Charcoal Salamander. “Upon us hearing of the allegations, we started an internal investigation between the developers and Discord admins, everyone else was kept out of the loop until the situation was resolved. We came to the conclusion that the admin involved needed to be banned from our Discord server, he will no longer have any involvement with the Phasmophobia community and there is no opportunity for him to be involved in the future.”

As for the Art Lead who defended Charcoal Salamander, Kinetic described how the company “would also like to apologize for the way one of our developers approached the situation, he has since apologized for his words and will learn from this experience for the future.”

Phasmophobia is described as a “four player online co-op psychological horror game.” The title currently has a large following of players and a strong community. Kinetic unveiled an extensive development roadmap earlier this month, announcing plans to continue support for the game well into 2023.