Pico VR To Be Acquired By TikTok Owner ByteDance 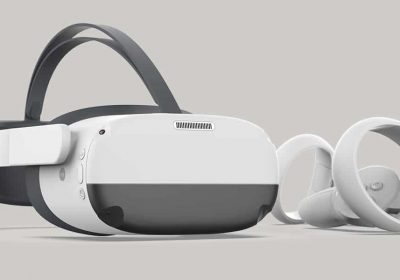 CNBC reported the news (which was first confirmed by Chinese publication Nweon) noting that the financial details of the deal had not been disclosed. In a statement issued to the publication, ByteDance said that Pico’s “comprehensive suite of software and hardware technologies, as well as the talent and deep expertise of the team, will support both our entry to the VR space and long-term investment in this emerging field.”

There was not, however, any confirmation that ByteDance will be growing Pico’s business outside of the Chinese market. Currently the company sells its Pico Neo 3 standalone VR device as a consumer product with games in China, but only as an enterprise-focused ‘Pro’ device in North America and Europe. There’s also an upgraded eye-tracking model named Pico Neo 3 Eye sold to businesses too.

All the same, a company the size of ByteDance — which has seen huge success with TikTok — investing VR could present the first significant competition to Facebook’s Oculus Quest. Other companies like Sony, Valve and HTC all make great VR headsets, but they’re either tethered to more expensive machines like PCs and consoles, or exclusively sold to the enterprise market.

We haven’t tested the Neo 3 ourselves but its specs are very close to that of the Oculus Quest 2, and the headset even has some of the same games that feature on that device where it’s sold in China.

What do you make of ByteDance acquiring Pico? Let us know in the comments below!