Pioner Is A New Survival FPS Inspired By Escape From Tarkov, Metro Exodus, And Stalker 2 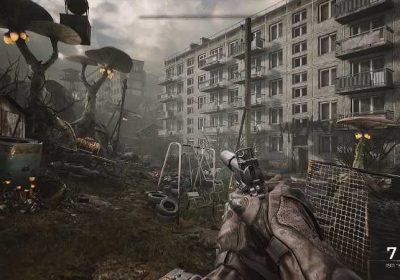 Ever wonder what a hybrid between such games as Escape From Tarkov, Metro Exodus, and Stalker 2 would look like? You are not alone. Russian developers from GFA Games Studio have an answer, as the team announced their debut project called Pioner, and it looks just like you imagined.

Pioner is a new post-apocalyptic game, blending together MMORPG, survival, and first-person shooter. The events will unfold on a Soviet island isolated from the mainland by a large-scale technogenic anomaly. As a former operative who survives the catastrophe, you now have to find and rescue their lost comrades, as well as investigate the mystical MOGILNIK (literally “Burial Ground”) station.

If you have some kind of a deja vu, it’s because Pioner evokes images of many, many similar games. You may remember Atomic Heart, another Russian open-world FPS, set in an alternative USSR setting. Not to mention the upcoming Stalker 2 with all of its anomalies and life-simulation system, which will be present in Pioner as well. There is also a crafting system and a skill tree with different abilities for your character.

What is different here, is that Pioner is no ordinary open-world shooter, but an MMOFPS with an emphasis on survival and exploration. In PvE mode, you’ll explore secret Soviet underground laboratories and abandoned settlements, inhabited by vermin and mutants. There are four different factions in the game, providing unlocks for the new quests, rewards, and weapons.

In PvP mode, you’ll travel to so-called Empty Lands with valuable loot. You may choose to join other players for a better reward or fight them to get all the items for yourself. It sure sounds like Dark Zones in The Division 2, though we’ll have to wait and see how exactly PvP will work in Pioner.

According to what we know, the work on the project started back in 2017. Pioner is using Unreal Engine 4 for its detailed graphics, though the game certainly looks too much like its competitors and a little bit lacks its own personality.

The developers aim to release the project in Q4 2021/Q1 2022. The game is being developed for PC, and there is no information about Pioner coming to consoles at any point in the future.